No ‘cargo’ allowed onboard: cellist kicked off Air Wisconsin flight

Andrew Yee of the Attacca Quartet was taken off a flight, despite having booked an extra seat for the cello 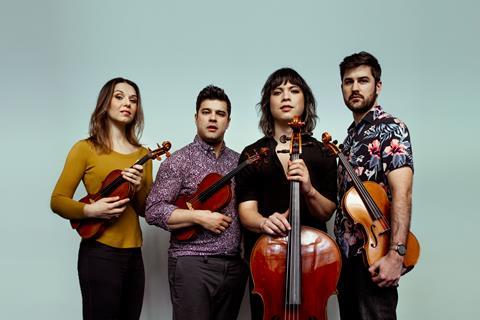 Cellist of the Grammy award-winning Attacca Quartet Andrew Yee was thrown off a flight for bringing their cello onboard, despite having booked an extra ticket for the instrument.

The Attacca Quartet were en route to perform at the North Dakota State University Chamber Music Festival in Fargo, flying with Air Wisconsin, a subcontractor of United Airlines. Yee was taken off the flight and told that Air Wisconsin did not allow ‘cargo’ in the cabin, with airline staff attempting to convince Yee to check in their 1884 Eugenio Degani cello into the hold of the plane. Yee stated on social media, ’After they drag you off the flight, they will insist your cello will be fine under the plane’

Having followed the FAA regulations, the quartet subsquently expressed outrage: ’Since when was a cello considered “cargo?” So much effort has been put into classifying musical instruments correctly. Why are United and their regional partner Air Wisconsin so behind the times? This massive inconvenience will cause a cancelled concert for the good people of Fargo who are expecting a great show by the Attacca Quartet, on top of the students at NDSU with whom we will be collaborating.This is extremely frustrating and shows yet again the lack of understanding on the part of airline carriers for the necessities of travelling artists. We in the Attacca Quartet urge Air Wisconsin and United Airlines to review and amend their policies to fall in line with FAA policy with regards to musical instruments, especially considering the cello, as this is an additional and necessary quartet expense already’

After being removed from the plane, Yee was rebooked onto a later flight with their cello onboard.

This follows an another musician related incident with United Airlines, where earlier this month an airline attendant attempted to deny violinist Rachelle Hunt onboard with her instrument, stating, ‘We don’t go with federal law’.

Read: Another violinist kicked off US flight