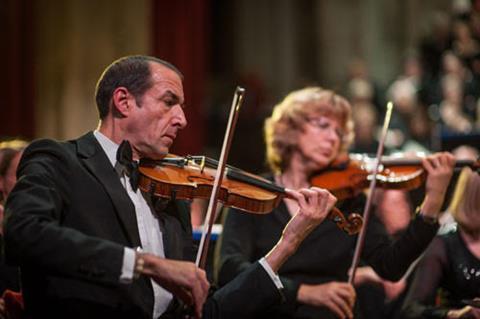 On 27 January, Dominic Hopkins encountered difficulties at the UEA Sportpark pool, succumbing to the incident the following day. He was 57.

Hopkins was a prominent Norfolk violinist who led the Norwich Philharmonic for eight seasons from 2008 to 2016. He co-led the orchestra in a performance of Mahler’s Symphony no.8 at the Norfolk and Norwich Festival in 2016. He was a frequent busker on the streets of Norwich throughout the 1980s. A week before his death, he performed in the orchestra for a local production of The Sound of Music.

In a statement on social media, the Norwich Philharmonic expressed devastation at Hopkins’s passing, ’He was an exceptionally fine violinist and a passionate musician, much-loved by all of us.’ The orchestra dedicated its February concert to Hopkins with a programme including the Tchaikovsky Violin Concerto and Mahler’s Blumine.

Hopkins was also a violin teacher for Sistema Norwich. In a tribute on social media, the Norwich and Norfolk Community Arts (NORCA) and Sistema stated that Hopkins taught ’bringing his significant skills with the violin to teaching, with all his verve and passion for music. He was a lovely man and he will be missed.’

Following the incident, the UEA Sportspark pool was closed for over two weeks and Hopkins was taken to the Norfolk and Norwich University Hospital in a critical condition. The university said its thoughts were with Hopkins’s family and friends.