In plain sight: Premiere of the Month

Less is more in this study of transparency and texture 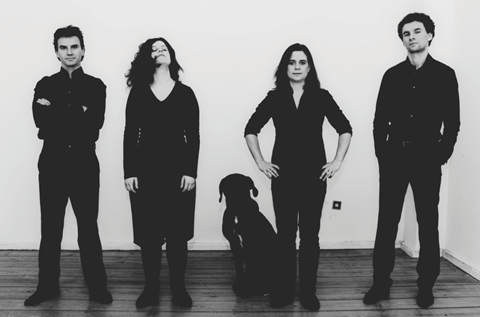 This year’s Huddersfield Contemporary Music Festival will open with I am, I am, a new work for string quartet and soprano by British composer Naomi Pinnock. Rather than confront the listener with bombast and fireworks, Pinnock’s music draws them into its pared-down but intricate web of sounds. ‘Over the past decade,’ she explains, ‘I’ve been trying to strip back my music to its core elements, removing anything that doesn’t need to be there so that all I’m left with is the essence of the material. I’ve always tried to use very clear structures, but having said that the changes that appear in my music are becoming more and more discreet. They might be tiny, but I get completely obsessed with them, and even if the harmony itself doesn’t move, I keep the sounds rotating between the players. The music is never static.’

For the soprano, the composer chose two lines by British poet Rachael Boast. ‘I was thinking a lot about absence and presence, and the idea of being lost,’ says Pinnock. ‘This is something I identified in her collection Sidereal, too, and her words stuck in my head.’ Perhaps unsurprisingly for someone so committed to detail, Pinnock uses just eight of Boast’s words. ‘And two of those are repeated! Part of what I do is hide the voice inside the texture of the strings. Instead of thinking of the group as four string players and a singer, I wanted to find a way to set the words within the sound of the quartet. Writing music is a very organic process for me and I wanted the way the piece sounded to reflect that. I spend a long time kicking around trying to land on something that really resonates with me and then explore it from the inside out.’