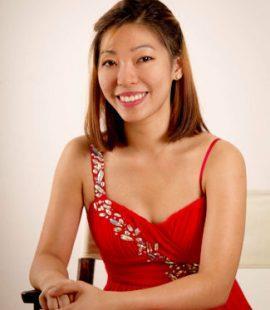 Evansville Philharmonic Orchestra has appointed Dr. Jia-Rong Gan in time for its new season. She has also been appointed as first violin of the Eykamp string quartet, artists in residence at University of Evansville.

Previously, Gan held the role of principal second violin as well as serving as the orchestra’s librarian, and was second violinist of the Eykamp string quartet.

Malaysian-born Gan began her violin studies at the age of five and has performed across the United States, Europe, and Asia. Gan gained masters and doctorate degrees at Florida State University and also studied at Western Illinois University. While studying, she performed extensively as a soloist with the university orchestras, as well as winning prizes at Brevard Music Festival and Western Illinois University, Young Musical Talent of Malaysia Competition, Music Teachers National Association Senior String Category at the State Level, and the American String Teachers Association National Solo Competition.

A keen advocate for using music to promote cultural diversity, Gan founded the Stephenson-Gan violin and piano duo in 2016 with the goal to promote diversity and equality on the concert stage. The duo has since performed at stages all around the USA including Carnegie Weill Recital Hall.