The Croatian conductor Baldo Podic has died of coronavirus, aged 78 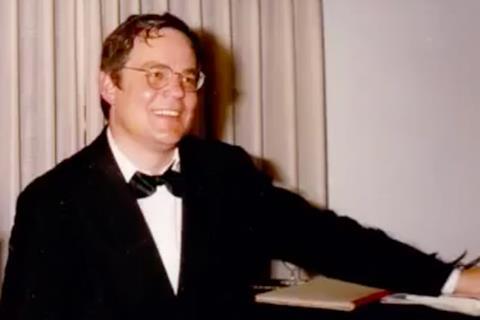 Born in Dubrovnik in 1942, Podic studied piano and conducting in Zagreb. He worked for a time in Vienna as a ballet acccompanist and conductor at the Linz Landestheatre, before being appointed music director of the Opéra de Paris’s Opera Studio. But it was in Switzerland that he really established his reputation. At the Basel City Theatre, he came to be viewed as a specialist on operas by Donizetti, Verdi, Bellini and Puccini, directing the Swiss premiere of Donizetti’s Parisina d’Este in 1988. Although the production received mixed reviews, critics praised Podic’s conducting, with the Basler Zeitung commenting on the orchestra’s ‘vivid and beautiful playing.’

In a tribute on Facebook, the Croatian critic Jagoda Majska Martincevic referred to Podic as ‘one of the most musical Croatian conductors.’ Meanwhile, Mladen Tarbuk, a fellow Croatian conductor, wrote ’Dear Baldo, one of the last conductors to burn for music. I have a lasting memory of our conversations in Düsseldorf about orchestras, singers and opera literature, which he remarkably loved and knew. May peace be upon him.’

According to Sigfried Schibli at the Basler Zeitung, ’Podic, who knew many scores and was able to benefit from his rich experience as an accompanist, was an emotional type who often let himself be mastered and worked with singers as if he were a singer himself. He knew the French opera system as well as the German one and often had to come to terms with the dominance of “director’s theater”. He is remembered as a tireless fighter in the orchestra pit who would meet the audience’s applause after a premiere bathed in sweat’.

The Croatian conductor, who had pre-existing health conditions, died in an old people’s home in Ticino. He was 78 years old.