The players of the Baltimore Symphony Orchestra have ratified a new one-year contract that ends strike action, for now 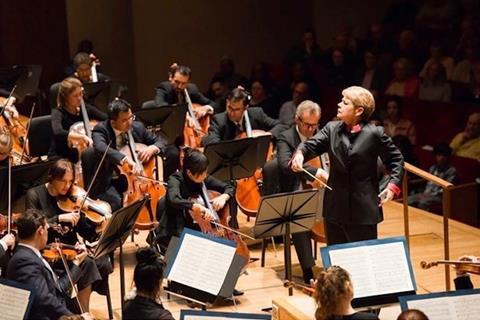 Following more than three months of strike action, the Baltimore Symphony musicians have agreed to a one-year contract. They will open the orchestra’s 2019-20 concert season this weekend.

The agreement, which was announced on Monday, will cut the number of official weeks of work for the musicians this year, but will make up the difference with bonus pay.

The orchestra’s management had wanted to cut the musicians’ paid weeks of work to 40, from the current 52. The musicians argued that this cut in paid weeks would demote them from the ranks of year-round ensembles and make it harder to attract and retain top talent.

The terms of the one-year agreement, effective through September 6, 2020, include the following:

In effect, the players will be paid for 50 weeks this season - less than the customary 52 weeks, but that is because the first two weeks of the season were lost to the dispute.

The Baltimore Symphony Orchestra Board Chair Barbara Bozzuto said, ‘It is a proud moment at the Baltimore Symphony Orchestra that an agreement has been reached with our musicians. In the view of the Board, the establishment of a Vision Committee is the most promising provision, as we are committed to including our musicians in additional aspects of planning, programming, fundraising and governance.’ Bozzuto added, ‘There is still a great deal of work to be done in building a new business model, but we are better poised to accomplish these goals together.’

Music Director Marin Alsop, in attendance at the press conference, stated, ‘I’m thrilled that an agreement has been reached and that we will have our musicians back on stage to open our 104th season beginning on Friday night. The musicians of our Orchestra are a great treasure to our community and this agreement assures that we will continue creating the highest level of music-making together.’

The agreement, however, leaves certain questions about the orchestra’s future unanswered, as it is unclear whether the bonus pay that ensured the musicians’ compensation this year will be available again next September.