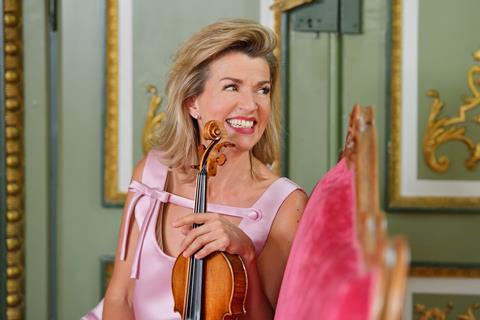 Anne-Sophie Mutter has been awarded the Baden-Württemberg Culture Prize 2020, endowed with 20,000-euros. In a statement the Baden-Württemberg Foundation, which presents the biannual award, described the violinist’s ‘indefatigable activism on behalf of young artists, and her remarkable sense of social responsibility’.

The statement continued: ‘[Mutter has] uniquely influenced international concert life during recent decades, like few other instrumental artists. The outstanding power and depth of her art of interpretation, her great openness to different musical epochs and genres, her indefatigable activism on behalf of young artists and her remarkable sense of social responsibility make her an exemplary ambassador of her native Baden-Württemberg.’

Award recipients must be native to Baden-Württemberg, reside there, or have a significant connection with the state. Mutter is a native of Baden-Württemberg and previously won the prize in 1999, two years after she founded the Freundeskreis Anne-Sophie Mutter Foundation.

Founded in 1974, the Baden-Württemberg Prize awards grants in the fields of politics, society, culture and economics. The focus of the prize for culture changes with each edition, and includes the visual arts, performing arts, film and new media, literature and music.

The award ceremony is scheduled for 24 March 2020 in the New Palace in Stuttgart.