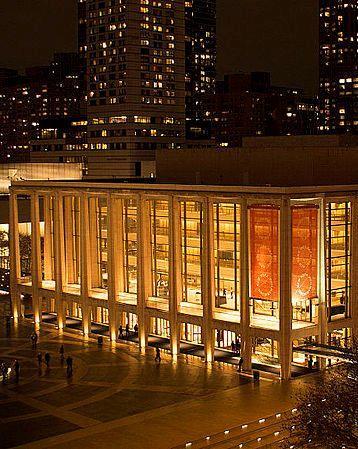 Avery Fisher Hall, home of the New York Philharmonic, is to be renamed David Geffen Hall in honour of the music and media executive and philanthropist, who has given a $100m gift to the Lincoln Center performing venue. The renaming will take place in September 2015, coinciding with the beginning of the New York Phil’s 2015-16 season.

Avery Fisher Hall is to undergo a ‘comprehensive renovation and re-imagination’ from 2019 at an expected cost of $500m. The newly redesigned concert hall will not only continue to function as the NY Phil’s home, but also host the Lincoln Center Hall of Fame – dedicated to the celebration of performing arts and film.

‘As a native New Yorker, I recognise that Lincoln Center is a beacon to artists and musicians around the world,’ said Geffen. ‘To be involved with such a beloved and iconic institution is deeply satisfying.’

The gift is one of a number of large donations made by Geffen, estimated by Forbes to be worth around $6.9bn in 2014, including a $200m donation to the U.C.L.A. School of Medicine — now the David Geffen School of Medicine at U.C.L.A.

Geffen established the careers of numerous pop and rock musicians through his Asylum Records, Geffen Records and DGC Records labels, and was an original founding partner of DreamWorks SKG – alongside Steven Spielberg and Jeffrey Katzenberg – in 1994.

The New York Philharmonic's music director Alan Gilbert announced last month that he would be stepping down from the post in 2017.