The instrument is made from the same branch as Wilfred Owen violin made in 2014, from a sycamore in the grounds of the hospital where they met 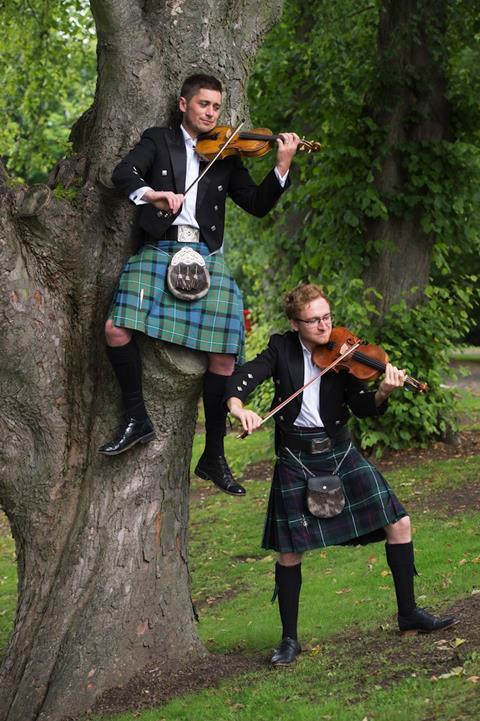 Luthier Steve Burnett has created a violin in the name of poet Siegfried Sassoon from the branch of a sycamore tree still standing in the grounds of the Craiglockhart building, a former first world war shell shock hospital in Edinburgh. It forms a pair with a violin created in 2014 from the same branch in honour of Wilfred Owen, a fellow poet and patient at the hospital.

On 15 August the instruments will be played together in public for the first time, to mark the occasion of the poets’ first meeting at the hospital 100 years ago. Owen had been sent to Craiglockhart in June 1917 to recover from shell shock after serving on the front line in France, and contemporary sources suggest that he met the then already decorated war hero and published poet Sassoon between 15 and 19 August. The centenary is being marked by a week of celebrations and commemorations, entitled ‘Wilfred Owen’s Edinburgh 1917-2017’

Burnett, whose violin workshop is in Edinburgh, adopted a method of using green wood to make the first instrument, taking the branch in winter before the sap started to rise.

‘The Sassoon violin was made in a more traditional way, using seasoned wood,’ he said, ‘but like the Owen violin it was created as a symbol of peace and reconciliation through the power of music and it will be played as a tribute to two great poets and a lost generation.

‘The Wilfred Owen has travelled widely over the last three years, being played in schools and at many First World War commemoration events,’ he said. Maxim Vengerov and Nigel Kennedy are among those to have played it.

The instruments will be played at Craiglockhart at a Royal Society of Edinburgh lecture by Neil McLennan, author of a forthcoming book about Owen’s time in Edinburgh. They will also be heard on BBC Radio 4’s ‘World War One: The Cultural Front’ at 10.30am on 19 August.

Catherine Walker, curator of the Craiglockhart-based War Poets Collection, said: ‘Both Owen and Sassoon loved and appreciated music, so the two violins are a wonderful and fitting tribute.