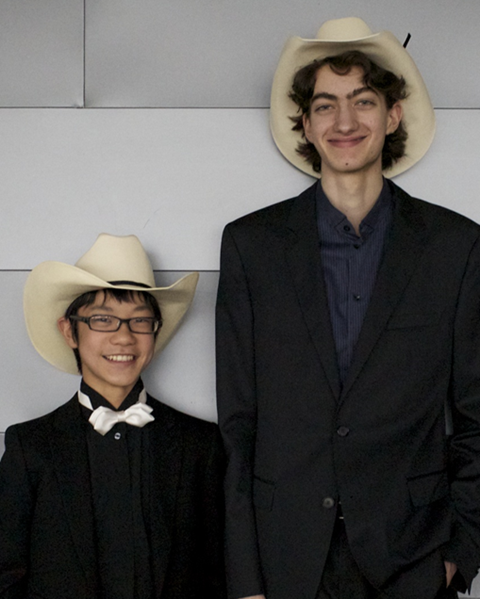 The winners of the 2014 Menuhin Competition, which took place in Austin, Texas from 21 February to 2 March, have been named as 17-year-old Dutch-American violinist Stephen Waarts in the Senior Division and 14-year-old Japanese violinist Rennosuke Fukuda in the Junior Division (pictured).

Waarts, who was named second prize winner in the Junior Division in Oslo in 2010, was praised by artistic director Gordon Back for his performance of Prokofiev's Violin Concerto no.2 with the Austin Symphony Orchestra:

‘If (Yehudi Menuhin) were here tonight, he would be absolutely thrilled as to what happened to this competition. Tonight you have witnessed some of the best playing you'll hear in any competition, in any city, of any age,’ he said.

At the Junior Finals, jury chair Pamela Frank took to the stage to congratulate all the participants and first prize winner Rennosuke Fukuda, who performed F. Waxman's Carmen Fantasy with the University of Texas Symphony Orchestra:

‘I would like to thank these young players,’ said Frank. ‘Tonight was a culmination not only of a celebration of the violin, but also a celebration of music in general. We have fantastic artists in our midst, and we will hear more from them. The big winner is the music world, to have you all in it.’

As part of their award, both Waarts and Fukuda performed in the Closing Gala Concert on Sunday 2 March with the Cleveland Orchestra conducted by Giancarlo Guerrero. They also receive individual prizes of $10,000 and $7,000 respectively, plus a one-year loan of a fine Italian violin.

This year’s jury included Ilya Gringolts, Joji Hattori and Lu Siqing, who whittled down a world record number of applicants from 27 countries.

Founded in 1983 by Yehudi Menuhin, the competition for violinists under the age of 22 takes place every two years in a different city. Previous winners include Julia Fischer, Ilya Gringolts, Tasmin Little, Nikolaj Znaider, Ray Chen and Chad Hoopes. The 2016 Menuhin Competition takes place in London in celebration of Yehudi Menuhin’s centenary.