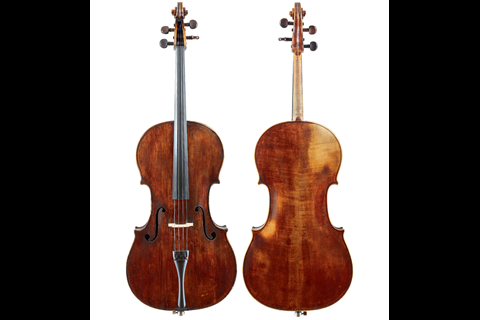 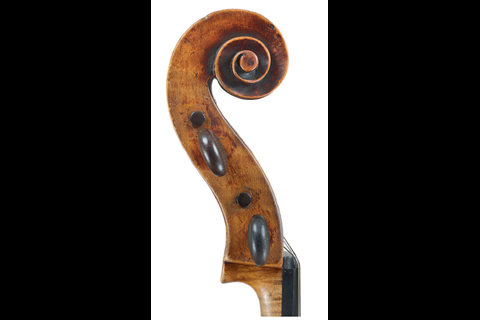 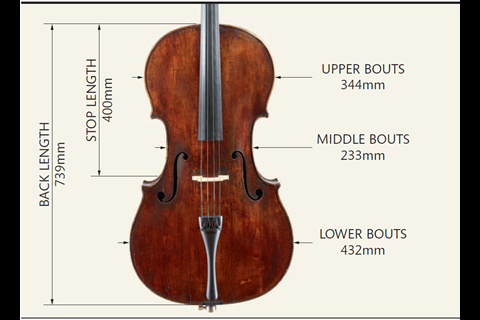 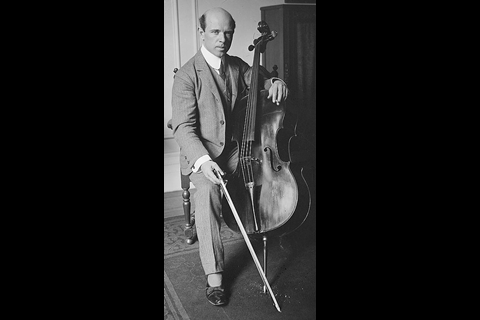 Pablo Casals with the cello in 1917 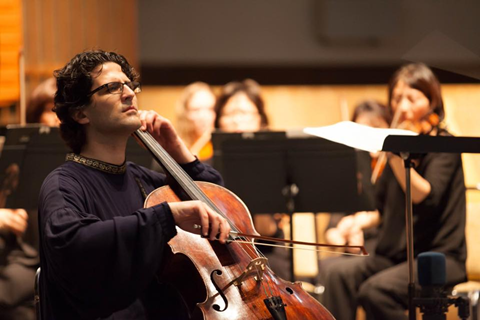 The cello is now played by Amit Peled

The cello on which Pablo Casals made his landmark recordings was for a long time believed to be by Bergonzi, writes Philip Kass

After retiring from the Venetian guild, Matteo Goffriller continued to make instruments but sold them unlabelled. This body of work was thus begging for a labelled attribution, one that later generations eagerly fulfi lled according to the ideas and predilections of their times. This has led to a number of dubious attributions: it seems incredible to us today that the violin world could once have thought Gofriller’s cellos were the work of the Cremonese, in particular of Carlo Bergonzi.

A case in point is the glorious concert instrument of Pablo Casals. He acquired it early in the 20th century and used it throughout his career, believing it to be Bergonzi’s work: the cello still carries a facsimile of his label, dated 1733. It is this cello that Casals used for his landmark recordings, including those of the Bach Cello Suites. It was only many years later that its true identity was discovered.

As with many Venetian cellos, this instrument was large and broad, more so than was popular among earlier generations of cellists. In reducing it to its present size, a craftsman removed all the edging and corners, cut down the outline, and repositioned the edges and corners so that they appeared in proper alignment. This was stabilised by doubling the outer margins from the inside around the entire perimeter of both top and back. The outline chosen was more akin to a Stradivari than to a Gofriller, leading the imagination of later generations to makers associated with Stradivari, and thus to Bergonzi.

The wood selection is distinctly Venetian, appearing to be from a similar source to that used on other Venetian cellos of the period. Although of fi ne quality, it would not have been the most glamorous available. The maple used for the back, sides and scroll is fairly plain, with a soft ascending fi gure on the back, and the top is fashioned from strongly veined spruce of very fi ne quality, though it is constructed from four separate panels.

Gofriller carved plates that were not at all the highly arched ones we might imagine. Instead, the arching is low and gradual, the reduction if anything enhancing that impression by removing the hollows around the outline. All the surfaces show evidence of a decisive hand wielding a scraper, faint scars from which are revealed in places where the varnish has worn away.

The scroll, with its low belly and forward thrust, is classic Gofriller. It too has considerable evidence of the maker’s tools, with scraper marks running the length of the tail, gouge marks orbiting the eyes, and even evidence of a tooth plane used for shaping the eye projections. Under the volutes, Gofriller has fi nished the channelling all the way back to the end of the throat, albeit roughly.

In spite of the reduction, much of the interior work remains intact. The large and rough willow corner-blocks show signs of haste in their carving, and the spruce linings also refl ect speed more than precision.

A good deal of original varnish remains on the cello, especially in the C-bouts, where broad patches of a transparent but pasty red–orange illuminate the woods beneath. There the varnish is thick enough for large patches of crackle to remain, revealing some of the texture that was once on them.

This article was originally published in the October 2013 issue

Watch: How I came to play Pablo Casals’s 1733 Goffriller cello, by Amit Peled