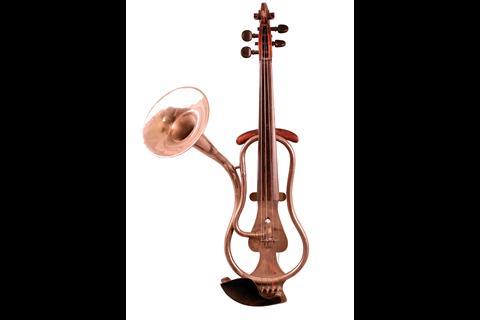 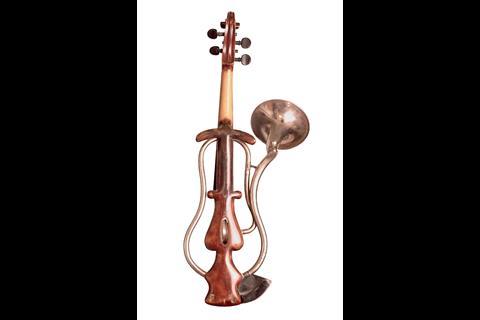 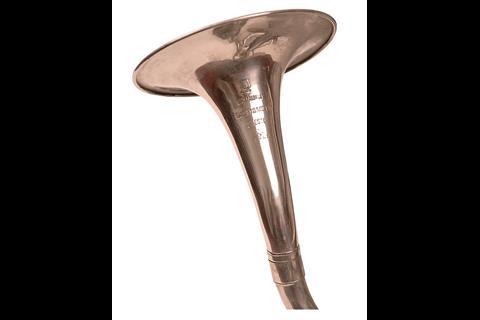 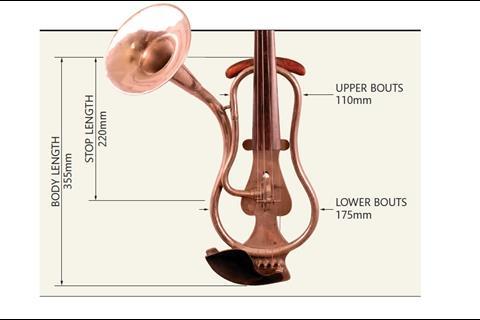 In this article from the January 2012 issue of The Strad, Christopher Germain examines the history and construction of an unusual horn violin made in Trieste

HISTORY
This unusual instrument was designed as a response to the new technology of the 20th century. As the fledgling recording industry demanded louder sounds, which could be projected in a particular direction, a few makers experimented with grafting brass phonograph-like horns on to stringed instruments.

Variously called horn violins, phono fiddles and trumpet violins, they are most commonly known as ‘Stroh violins’ after Johannes Matthias Augustus Stroh, who patented the first such contraption in the UK in 1899. The physical appearance of most phono fiddles is very different from that of a traditional violin.

The body is generally a cylindrical or rectangular shaped wooden part with a normal violin neck attached at the body. The sound generated from the strings’ vibrations is transferred through the bridge to a metal or mica diaphragm within the sound producer. The amplified sound is then transmitted through the attached horn.

As well as its functionality in early sound recordings, the ‘Stroviol’ was used in dance bands, where its sharper, more directional sound blended better with the horn section. In addition to the main amplifying horn, some Stroviols also have a smaller monitor horn, which is pointed at the musician’s ear for greater audibility on a loud stage.

Stroh produced a wide variety of horned stringed instruments, including violin, viola, cello and guitar models. Another popular item was a one-string viol, which was often used by street performers. Today, horn violins remain an interesting novelty and are used by jazz performers as well as buskers.

New horn violins are currently being produced along the border between Thailand and Burma, based on the original designs. The sound of most phono fiddles can be grating at times, but they are sure to get your attention wherever they are seen or heard.

FORM AND CONSTRUCTION
This instrument, which contains more elements of a horn than a violin, was made in 1927 in Trieste, Italy. The body, which measures a normal 355mm, is an elongated, nickel-plated metal sheet of a stylised lyre shape. The metal front plate is mounted to a matching maple back plate, which varies in thickness from 12mm to 19mm.

The body is effectively surrounded by around a metre of nickel-plated brass tubing, which, along with the metal bridge assembly and diaphragm, is mounted on the body with solder joints and screws. A detachable horn, measuring 152mm in diameter, bears the brand ‘Prem. Fabbrica Buffa Baretti, Trieste 1927’.

The instrument has a smaller diaphragm than other phono fiddles, making it sound much lighter. The scroll and neck are made of plain maple and finished with a plum red spirit varnish. The instrument has a normal 130mm neck length, but other critical measurements vary wildly from the norm, including a 348mm string length, which is 20mm longer than the standard violin.

Considering its unusual measurements, as well as its muted nasal sound, it’s no wonder that the Buffa Baretti is such a rarity. In addition, the instrument weighs 866g, about double the weight of a traditional violin. It would not have fared well on the stage or in the recording studio. As a historical musical icon, however, the Buffa Baretti is worthy of note and is an interesting example of an early 20th-century amplified violin.