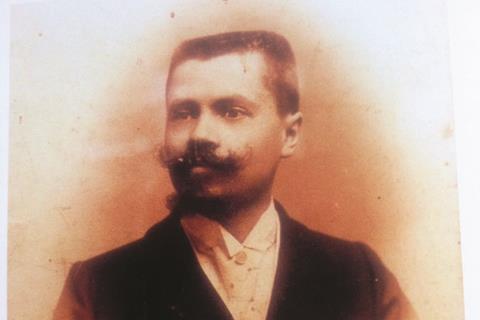 Eugène Nicolas Sartory (1871–1946) is universally recognised as the 20th century’s most important French bow maker. He began making bows in Paris in the late 19th century and continued until his death in 1946. His work adhered to a consistently high standard throughout his career. Given the global reputation Sartory has today, it is difficult to imagine his humble beginnings – yet even this gifted and highly ambitious man had to launch his career in the way so many others did, supplying bows he made to dealers who then sold them under other names.

It was not until 1891 that Sartory started branding the bows he made with his own first brand stamp. Aged 18, Sartory set up his first Parisian workshop at 12 Boulevard de Bonne Nouvelle in Montmartre. During the early years his style underwent the highest degree of variation. Generally young artists tend to work in the style of their teacher, and then begin their evolution into a more personal style. 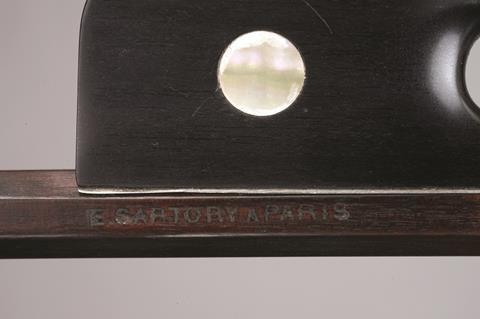 Supposedly, Sartory’s teachers in Paris included Charles Peccatte and Joseph Alfred Lamy, but if this is true, the influence of neither maker is apparent in the young man’s work. Whatever the case may be, in the first years of Sartory’s production the heads of his bows show the strong influence of J.A. Vigneron’s very personal style.

It is important to note that Sartory was related to Vigneron (Sartory’s father’s brother was married to Vigneron’s sister), thus adding to the probability that they had a working relationship. We are of the opinion that Sartory either worked directly for Vigneron or supplied bows to him, patterned after the master’s model.

Sartory’s early years were a period of stylistic experimentation. His range included Parisian eye proportions, pearl eye sizes, three-piece buttons and full metal caps, Vuillaume-style mountings, ivory and metal tips, screws threaded into the button or filed square, as well as evolving head and frog models. We can see these variations especially in the unbranded bows he made for other shops in the first two years of his business.