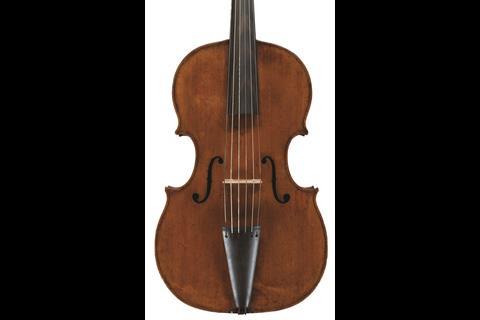 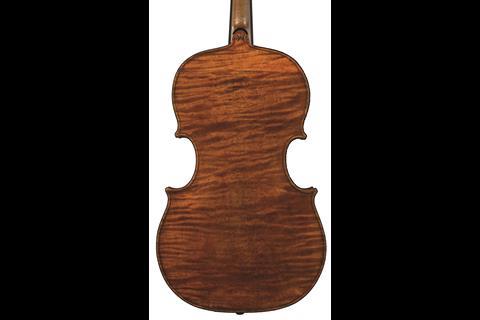 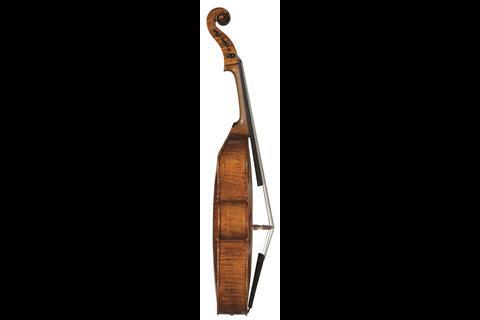 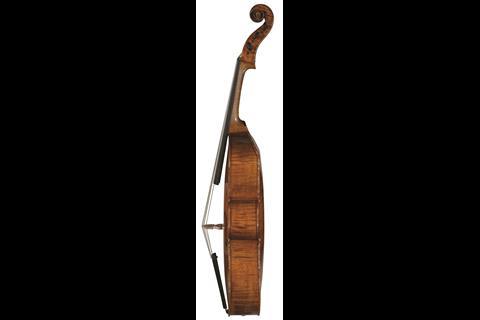 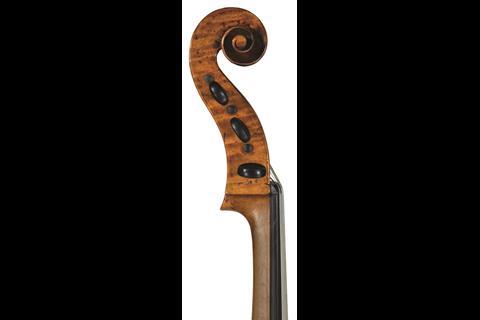 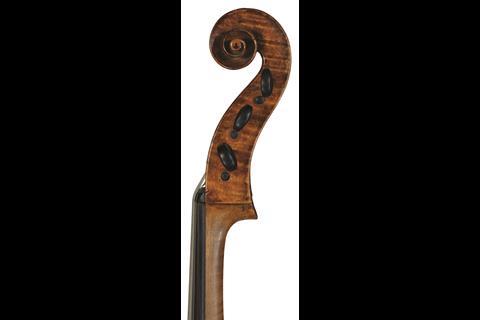 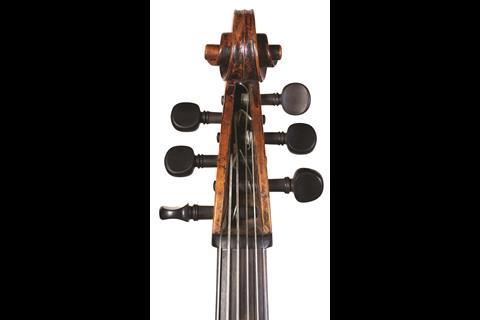 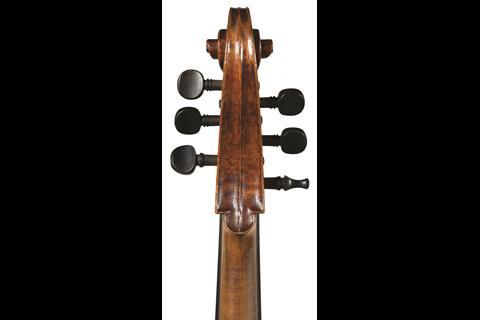 Based in Cremona, the Friends of Stradivari network brings together instruments owned by collectors and stringed-instrument enthusiasts from around the world. The Strad Calendar 2018 celebrates twelve of these treasures, with this viola da gamba from the Russian State Collection featuring in July. Text by John Dilworth

This Antonio and Girolamo Amati viola da gamba from the Russian State Collection is a very rare and fascinating instrument. It is clearly a cello-gamba hybrid, of a sort that appears infrequently among the works of the early Cremonese masters. The characteristic features of the violin family, the f-shaped soundholes, arched back and overhanging edges are combined with the canted upper back and recurved upper shoulders of the viol. The Ashmolean Museum collection provides the most interesting companion this instrument, an almost identical, if slightly larger viol which has its original Amati label of 1611, and bears the same ‘M’ brand on the back button. The two almost certainly belonged to the Medici, and a set of five viols appears in an inventory of the family possessions in 1700 and could have been either the ‘contralto’ or the ‘soprano’ specified in the inventory, while the Ashmolean instrument could have fulfilled either ‘contralto’ or ‘tenore’ roles. The Russian instrument has a back length of 536mm overall, with bout widths of 251, 163 and 311mm, while the Oxford viol measures 661mm over the entire back, with widths of 327mm, 210mm and 398mm. Neither instrument has survived with its original neck; the Russian viol was received into the State Collection some time before 1948, and was at that time set up as a child’s cello. It was restored to its present condition in 1988.

The viol is an extraordinarily beautiful instrument, fully representative of the elegance and craftsmanship of the Amati. If the label date is correct, it was in fact made four years after the death of Antonio, the elder brother, and would have been made in its entirety by Girolamo, who died in 1631 aged 70. The back is made of a single piece of magnificently quilted slab sawn maple, while the ribs and head are of similar wood which appears to be cut slightly off the quarter. The table is of beautiful straight grained and perfectly quartered spruce, although a series of small knots appear in the lower bouts.

The varnish is very characteristic of the Amati in this period, being but lightly coloured, and a soft golden yellow-brown that has clearly penetrated the grain of the wood to quite a degree. Like the Ashmolean instrument, the wood itself is by no means highly finished or burnished beneath the varnish, and has soaked up the oil thirstily. The head, which appears a little unbalanced to a violin maker’s eye due to the large six-string pegbox, is also a very fine example of Girolamo’s handiwork, the scroll perfect in every detail of geometry and execution.

The survival of this wonderful instrument for four centuries, and through the tumult of the Russian Revolution, is to be marvelled at. The story of its journey from Florence, like that of its Oxford companion, remains a mystery, as does the fate of the three other viols that once made up this extraordinary Medici consort.