From the archive: a viola in the attic 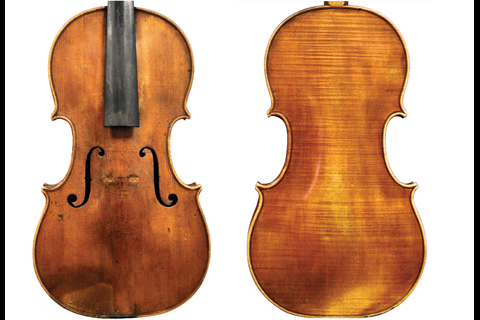 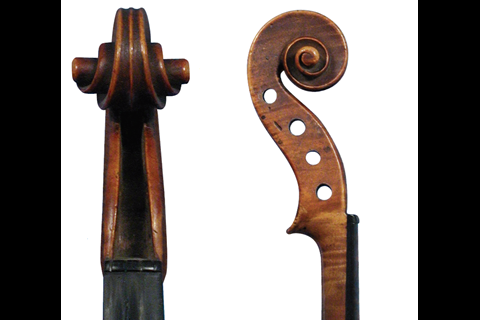 What a delight to open a case which had lain untouched in an attic for over 80 years and find this lovely William Forster viola inside. Once the property of A.O. Gott, a German-American jeweller and amateur violin maker who worked in Alameda, California, at the turn of the last century, it was inherited by first his wife, then her son and then this son’s grandchildren.

For all that time the instrument simply slept untouched until it was brought to me out of curiosity about its value. This, in part, explains its nearly flawless condition. The viola shows signs of use, but little wear. The neck is original (as is the bass-bar), although it was once reset with a lengthened heel. The edges are perfectly intact; only the corners and the back of the scroll are slightly worn. The beautifully textured oil varnish is worn away in places, but the viola is still almost completely covered with this rich, orange-red finish. Indeed, the instrument is practically as it must have been when it left ‘Old’ William’s shop on St Martin’s Lane in London around 1780, and although the varnish looks like that of ‘Young Forster’ (1764-1824), the label, the name inside on the rib, and the scroll are that of Forster senior (1739-1808). Perhaps it was a collaborative effort.

The arching descends gracefully to a low spot just inside the well-executed purfling, which is set close to the edge. The channel is tight and shallow, giving way to beautifully soft edgework. In the C-bouts the arch is somewhat pinched, with a broad counter-swing, but it is full along its length in the top and less so in the back. The scroll is a wonderful blend of boldness and delicacy. The chamfer is wide and rounded, the fluting clean and crisp, deep near the volute and in the chin. The pegbox wall tops are rounded down from the inside edge, indicating a well-defined sense of style and self-confidence. Only the f-holes show hints of labour. The walls are cut perpendicular to the arch. The sharply cut lower wing-tips demonstrate skill with the knife.

This Amatisé viola exudes a grace and strength that one might expect from a maker who came to London as a young, itinerant maker of spinning-wheels, but by perseverance and skill eventually became the luthier for the Prince of Wales and the Duke of Cumberland. I wonder if the next two centuries will be as kind to it as the first two have.