Alan Beavitt: how I became a violin-maker on a remote Scottish peninsula

The luthier shares his experience of living and working in Scorraig, a remote peninsula in the north-west Scottish highlands, recently featured in the news 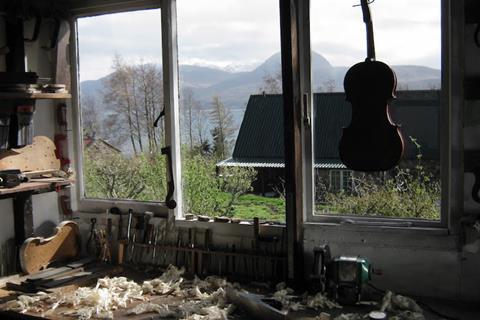 It all started the year before I left school: I found a book in the school library about making musical instruments and I decided I’d have a go at making my own. It quickly grew into a hobby, and I seriously thought about turning it into a career as soon as I left school.

But I was also interested in science, and when I wrote to someone at the violin shop Hill & Company asking whether they would advise me to go into violin-making or science, they said, ‘Science every time!’ In those days artisans were very poorly paid and low in the social order, whereas science was the future.

So I became an experimental physicist for a few years, while continuing to make instruments in my spare time, learning mostly from books. Then one day, while I was living in London, I met someone from Scorraig. I’d never heard of the place, but I’ve always had a craving for adventure and I’d long had a dream of building my own house.

So when he offered me some land up here, about 44 years ago, I moved up, built my house and workshop and became a violin maker - part time at first, then eventually full-time.

You might think Scorraig is a terrible place to set up a violin shop. There’s no road access. You can only get here by boat or by walking along a mountain path. There are only 70 people living here and when I first arrived there was only one telephone box in the village - nobody had their own phone. But there is a certain mystique about a violin maker living in the wild.

In the early days I met a famous violin teacher who sold his Amati and bought one of my instruments. Then two of his associates from the Royal Northern College bought my instruments and recommended me to their students. In 1986, I won the Facta Britannia violin maker competition. So life was pretty easy for a while. Nowadays I sometimes get clients walking into the settlement along the mountain path to visit my shop. 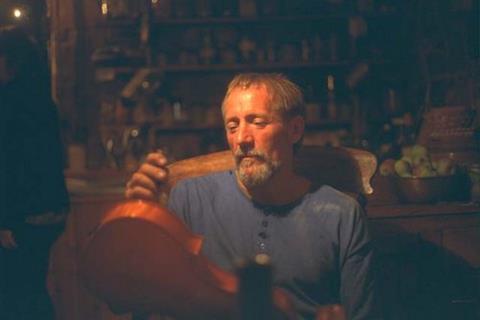 There was a time, in the 1980s and 1990s, when I was making nothing but Baroque violins, thanks to the boom in Baroque orchestras. But now I mix them up with modern instruments. I bought a tree in the Dolomites so I have a lifetime supply of spruce and I sometimes use Scottish Sycamore which has this traditional ripple pattern that you see on violin backs, sides and necks. I planted some Scottish sycamore trees when I first came here, and, although the trees are quite big now, it will be another fifty years before they’re big enough to use for instrument-making.

Scorraig has a friendly community: since we’re quite isolated, we depend on each other quite a lot, and when I first arrived with my wife, we were accepted pretty quickly. There’s one primary school in the village, the one that was in the news recently because its only two teachers are leaving.

At one point there were only two children in the entire school which was rather alarming, but now there are quite a few babies and toddlers in the community, so the future is looking promising. I taught violin there for 28 years, and one of them became a professional viola player, who now lives in the United States.

Sometimes I work 14 hours a day, but other days I like to mix it up: if it’s sunny I might spend the time gardening, or playing music, or I might take my little boat out in order to do some shopping. I’ve got a workshop out across the garden with a wonderful view across the sea loch to distant mountains that are snowcapped in winter. It’s not a life for everybody: it can be pretty wild here in the winter. But I’ve got a lot music and a wood-fuel stove in my workshop, so I’m a happy man.