Lufthansa forces musician to check her viola into the hold 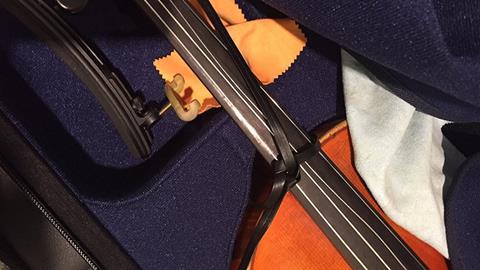 Finnish National Opera deputy principal violist Sekyeong Cheon says that she was forced to check her viola into the hold on a recent Lufthansa flight from Helsinki.

The musician posted images and video of the viola arriving in the baggage hall on her Twitter feed.

'Cold temperature shrinks peg, unravelling strings, causing low tension. I don't know if my sound post stayed in same place. This is not OK,' she wrote.

Last week Norwegian Air refused to allow two violins – one a half size – into the cabin, according Oulu Sinfonia concertmaster Maksym Filatov, despite changes to its hand baggage policy to permit violins and violas in the overhead compartments, .