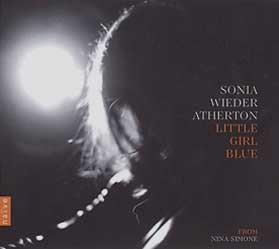 Cellist Sonia Wieder-Atherton continues her impressively varied output on the Naïve label with a new project to follow recordings of music as diverse as Jewish songs and Monteverdi, alongside 20th-century composer Giacinto Scelsi. Here she has created a tribute to Nina Simone that is more than the sum of its parts and a world away from a straightforward set of cover songs.

Wieder-Atherton’s cello, supported mainly by Bruno Fontaine’s light-touch piano accompaniment, takes the role of Simone’s voice and her playing has the variety of character to mirror but not ape Simone’s delivery. Her bow rarely digs into the string, and the close, dry recording heightens the intimacy of the music. On the solo piece Images her tone, high on the A string, is gloriously sweet. Arrangements later in the album are bare in texture, lending an austere atmosphere. But Wieder-Atherton captures the spirit of her subject: the wild mood swings in Simone’s music and her ability to fuse diverse styles.