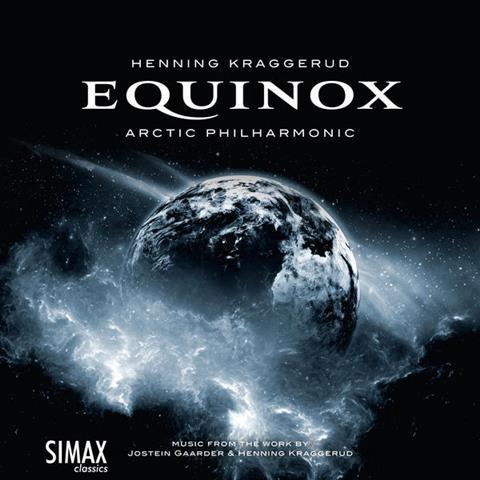 Norwegian violinist and composer Henning Kraggerud’s latest disc takes some explaining. It’s a collaboration with Norwegian writer Jostein Gaarder, author of the best-selling Sophie’s World, and comprises a set of short pieces by Kraggerud following the magical tale of 24 hours in the life of a man diagnosed with a serious illness, who visits the Earth’s 24 different time zones. Each one is conveyed by a piece in a different key – beginning with C major for the starting point of Greenwich, voyaging amid the cycle of 5ths to F sharp major for Taveuni near the International Date Line, and back again.Without the spoken story that Gaarder delivers in live performance, it’s hard to follow a narrative from the music featured on the disc, and despite Kraggerud forming his 24 short works into four six-movement concertos (‘Afternoon’, ‘Evening’, ‘Night’ and ‘Morning’), they come across simply as individual character pieces: ‘Greenwich’ lyrical and chugging, ‘Baghdad’

sultry and introspective, ‘Mary’s Igloo’ (in far-flung western Alaska) icy and brooding. With a few nods to local world musics – a fragile pentatonic melody in ‘Hangzhou’, for example – Kraggerud sticks firmly to a lush, late-Romantic idiom and delivers a beautifully clean, superbly articulated performance of his self-composed solo line throughout, full of character and wit.

He has excellent, incisive support from the Tromsø-based Arctic Philharmonic Chamber Orchestra, although the rich, generous sound sometimes robs the orchestra of definition. It’s a thoroughly enjoyable if undemanding release, but without Gaarder’s text to accompany Kraggerud’s music, its broader ambitions remain rather opaque.