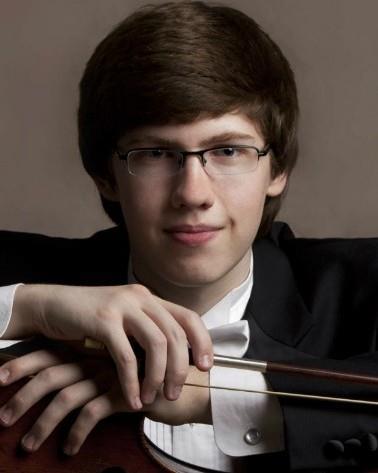 Austin Huntington has been appointed principal cellist of the Indianapolis Symphony Orchestra – at the age of just 21.

The former child prodigy and 2012 Irving M. Klein International String Competition winner – who  made his solo orchestral debut at the age of 10 – is currently in his fourth year of study for a Bachelor of Music degree at the Colburn School Conservatory of Music in Los Angeles.

Following the submission of his application for the role in February last year, Huntington was subsequently invited to audition alongside 70 other candidates. A week-long trial and additional performances followed, before music director Krzysztof UrbaŠ„ski informed him he had won the role.

Huntington will perform concerts with the ISO in September and November of this year, before playing full-time with the orchestra from January 2016 – while commuting to LA to finish the final year of his music degree.

‘Age is kind of like the elephant in the room, because I’m like, 21 and some [orchestral members] are in their 60s,’ he told Sky Blue Window. ‘While that is a big divide, I feel we have a pretty big similarity – playing in this orchestra and accomplishing the same goals together.’

The Indianapolis Symphony has also appointed Peter Vickery as assistant concertmaster and Michael Muszynski as the orchestra’s new second bassoon.