This has been a year of achievements for Renaud Capuçon – from celebrating the fifth anniversary of his Aix Easter Festival to winning an ECHO Klassik award – yet the French violinist is happiest when mentoring the next generation of talented musicians, finds Charlotte Gardner 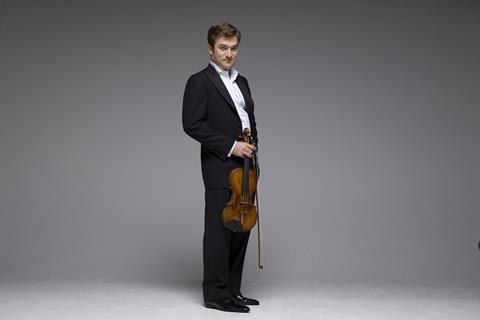 The following is an extract from a longer article in The Strad December 2017 – to read it in full, download the issue on desktop computer or via the The Strad App, or buy the print edition

A key part of Capuçon’s mentoring philosophy is patience. ‘An opportunity may be sparkling away at you, but it’s better to wait than to take up a one-shot opportunity too soon. You can kill yourself with one CD that isn’t good. So I always say, “Take the other road. It might not be as exciting and it might be longer, but in the end it will be much more satisfying.” This is exactly the route I chose for myself.’ 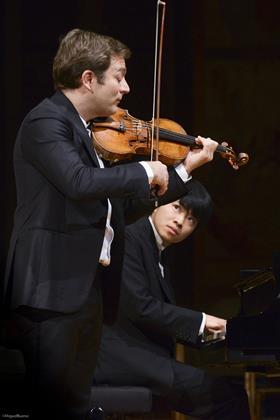 Indeed, Capuçon’s own background is a masterclass in the step-by-step approach, beginning during his student days in Berlin when he accepted an invitation from Claudio Abbado to become concertmaster of the Gustav Mahler Youth Orchestra, where he remained for three summers. ‘In France, audiences didn’t really understand,’ he remembers. ‘Over there I was supposed to be a soloist. But what I was doing was receiving, receiving. It was one of the most exciting times of my life. I went everywhere in Europe with this wonderful orchestra, performing with great conductors, playing fantastic pieces, and coping with the pressure of television and radio broadcasts, while at the same time slowly, slowly playing more solo concerts. When, a few years later, I played my first concerto in Vienna’s Musikverein I felt at home because I’d already led the orchestra there with Abbado.’

The impulse to work with young artists also has its roots in those Gustav Mahler Youth Orchestra years. ‘Once, sitting in an airport in Cuba, I asked Abbado why he spent so much time with young people,’ Capuçon recounts. ‘He kind of laughed and said, “You’ll understand when you’re my age,” and although he was in his sixties at the time I already understand this at 40. It’s because it gives you another energy. Next year I will play with András Schiff, and I can’t wait. But Kit Armstrong and the members of my string quartet are top players who also have fresh and authentic ideas, different from my own.

To read the full interview with Renaud Capuçon, download The Strad’s December 2017 issue on desktop computer or via the The Strad App, or buy the print edition