From the archive: a violin by Joseph Guarnerius del Gesù, 1739 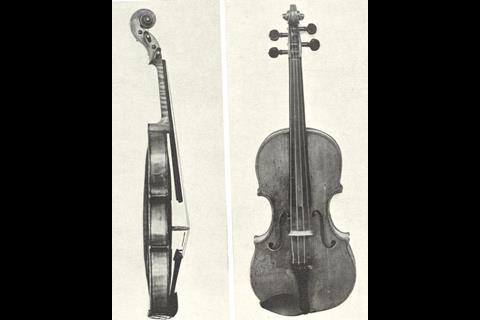 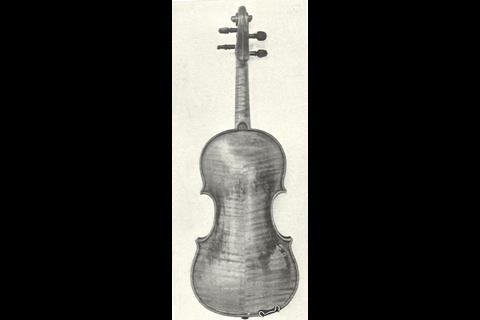 This illustration of a 1739 Joseph Guarnerius del Gesù violin was published in The Strad, July 1933. The following text is extracted from an article accompanying the photographs:

The history of this fine Joseph is as follows: It was originally in the possession of Count Castelbarco of Milan, and was brought to Paris about 1845 by the celebrated collector and dealer in Italian violins, Luigi Tarisio. Later it was purchased by Mr Hart, the grandfather of the present head of the firm of Hart & Son, who sold it to Mr Mackay, who later disposed of it to Mr Morrison, from whom it was repurchased by Mr Hart.

Later we find it in the possession of the late Mr George Haddock, of Leeds, who was the owner of a large collection of fine Cremonese instruments. In this collection it used to repose in a double-case by the side of the ‘Emperor’ Strad. These two instruments were regarded by their owner as the gems of the collection.

Following the death of Mr Haddock, the violin came again into the hands of Messrs Hart & Son, who sold it to Mr C Ashworth Tate, son of the donor of the Tate Gallery. In transferring the violin to Mr Tate’s keeping in 1901 Mr Hart wrote:

‘It is very improbable that I shall meet readily with such an example again. The violin has always borne a great reputation for its tone of superb quality and the beauty of the workmanship and singularly rich varnish, so abundantly laid on.’

The instrument is covered with a splendid orange-red varnish, of which plenty remains, especially on the back, where it enhances the beauty of the fine tiger striped wood.