From the archive: a violin by Hendrik Jacobs, 1704 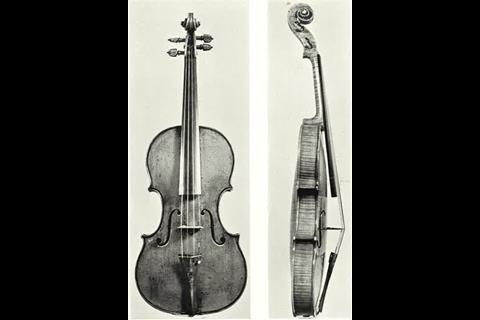 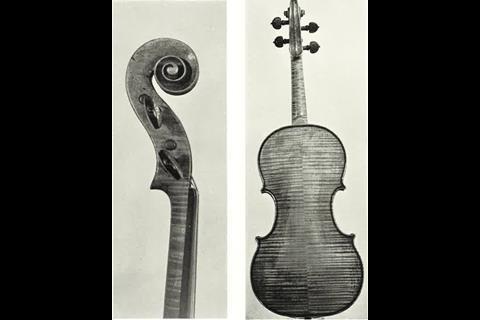 This instrument, featured in The Strad, August 1938, was published with the following text:

There is a legend that Hendrik Jacobs worked as an apprentice with Nicolò Amati at Cremona – where he was known as Enricus Jacobus – and that before returning to Amsterdam with a quantity of choice Italian wood and varnish he married his master’s daughter. Those of our readers who have read Sandys and Forster’s ‘History of the Violin’ may remember a very similar story is told of the celebrated Jacob Steiner – another alleged pupil of Amati – who is said to have married the daughter of Antonius Amati.

There is yet another legend regarding Hendrik Jacobs; that he was an associate of Rembrandt and that this great artist and colourist assisted him with his varnish. Unfortunately there is not a shred of real evidence to support any of these romantic stories.

Without doubt the foundation of the supposition that Jacobs was a pupil of Nicolò Amati lies in the fact that many of Jacobs’ instruments imitated this maker with considerable exactness and that he employed wood closely resembling that used by the Cremonese.

Jacobs also had at his disposal a fine quality varnish usually red-brown in colour. Although his violins vary in size the majority of them are built more or less on the lines of the grand Amatis.

The example of Jacobs’ work, illustrated, is considered by many experts as one of the finest examples of this maker in existence. It is in a remarkably fine state of preservation, and has all the well-known characteristics of the maker, including the carefully inlaid whale-bone purfling. The principal dimensions are: Length 14 inches; Width, Upper Bouts, 6 9/16th inches.

Hendrik Jacobs worked from around 1687 until 1714 or possibly a little later. He was quite a prolific maker but many of his instruments still pass as the work of Amati or some other Italian makers. One is known to have been regarded quite confidently for many years as an early example of Stradivari. It is not known for certain whether Jacobs ever personally inserted Amati labels in his instruments, a practice adopted by quite a number of his contemporaries.

Some early books on the violin make no mention of Hendrik Jacobs but cite Peeter Jacobs of the same  era. The existence of this Peeter Jacobs is considered by competent authorities as doubtful. Vidal surmises that he was identical with Peter Rombouts, another Amsterdam maker of the same time who is supposed to have worked with Jacobs.