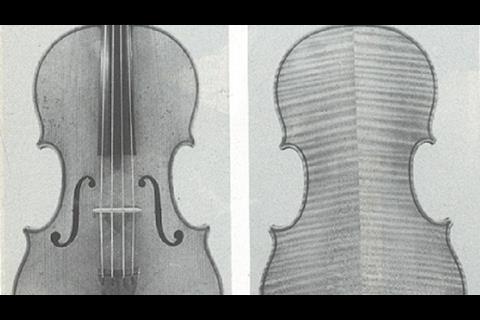 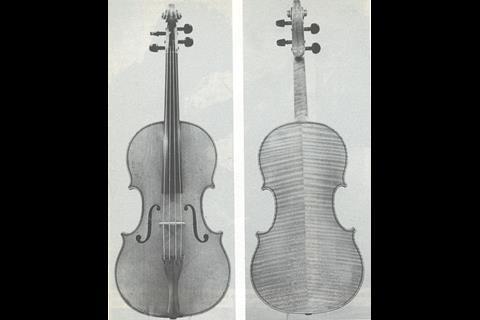 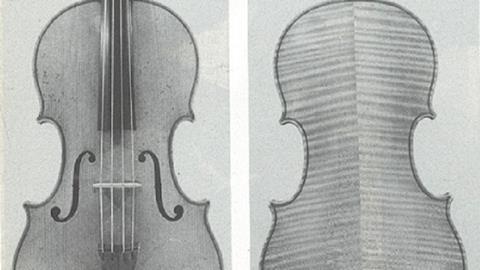 This illustration of a viola by 'Carl Becker and Son' was published in The Strad, November1984. The following text is extracted from the article accompanying the photographs:

Carl F. Becker is considered by makers worldwide to be a superlative craftsman and part of a family dynasty. His great-grandfather, Herman Macklett, worked as a respected luthier in Chicago during the second half of the 19th century. But it was his grandson who really put the family into the light, Carl G. Becker, and who began the numbering of instruments in 1901 with no.1. He worked with John Hornsteiner at Lyon & Healy from 1903, leaving to work for William Lewis & Son in 1924.

In 1936 Carl F. Becker started his first work on instruments beginning on cello ribs, and then joined Lewis to be with his father in 1937. It was not until 1968 that the company Carl Becker and Son was formed.

The colours of the Becker instruments range from light golden to red, but the quality of wood throughout remains consistent, and has extraordinary depth and strength, shown, for example in the wear and tear of the viola illustrated here which was made in 1952 by father and son. Common characteristics of all their instruments include a soft varnish and a bright, very strong tone.