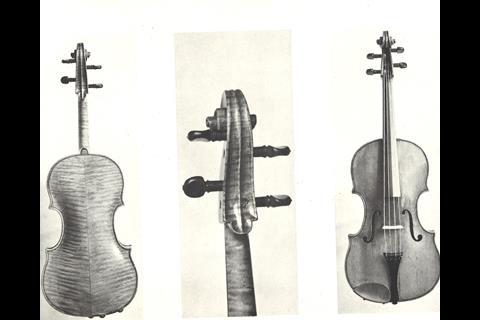 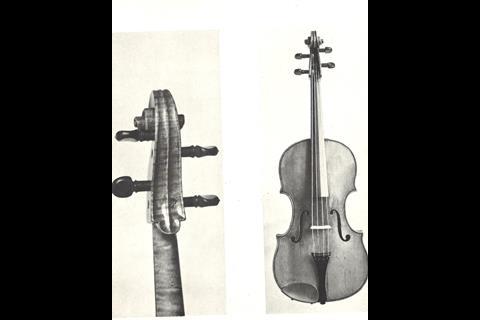 This illustration of a 1619 A. and H. Amati viola was published in The Strad, July 1924. The following text is extracted from an article accompanying the photographs:

This specimen was undoubtedly originally in the set of Amati instruments at the Pitti Palace in Florence, which were made to the order of Cosimo de' Medici. This assumption is confirmed by the brand — a ducal coronet with a circle underneath — which appears upon the shell of the scroll, and is very clearly defined in the photograph reproduced in the centre of our plate.

This particular Cosimo de' Medici was the second bearing that Christian name, and died in 1621 at the early age of 30. He is chiefly remembered as the patron and protector of the great astronomer, Galileo, to whom he gave the appointment of Court Astronomer in the year 1610. The date on the label of this viola is 1619, so that, if this is correct, the instrument must have been completed only two years before the death of Cosimo.