From the archive: a ‘St Cecile’ Vuillaume violin, Paris, 1849 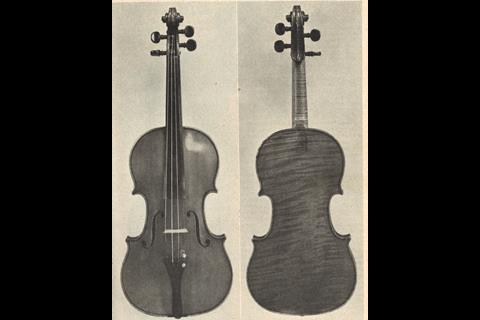 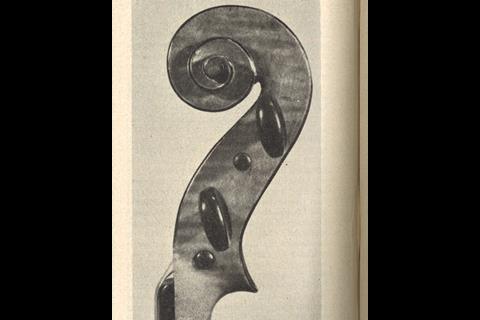 This illustration of an 1849 ‘St Cecile’ Vuillaume violin was published in The Strad, January 1958. The following text is extracted from an article accompanying the photographs:

Jean Baptiste Vuillaume at the time of his death in 1875 was credited with upwards of 3,000 instruments made over a period of half-a-century. Exactly how many were his personal work is impossible to say. Included among his employees at various times were 20 or more luthiers who have since become famous individual makers.

It is, however, accepted that Vuillaume personally supervised the final stages of construction and did most of the varnishing. The individual work of many of those who assisted him is known and easily identified, but whilst they were employed by Vuillaume they followed his patterns and methods which resulted in a considerable degree of uniformity of appearance of every instrument.

The handsome violin which is the subject of this month’s illustration is a well-preserved example of Vuillaume’s St Cecile violin. The violin illustrated measures 14 1/8 inches in length of body, the upper bouts 6 5/8 inches and the lower 8 3/16ths inches. The attractive figure of the back is enhanced by a bright red varnish. The wood of the table is of very open grain.