The cellist, who receives the €25,000 grand prize, was one of 12 finalists competing at the Palais des Beaux-Arts in Brussels this week 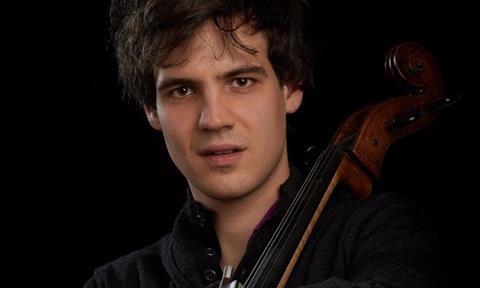 Victor Julien-Laferrière has this evening been named the winner of the Queen Elisabeth Competition 2017. The 26-year-old French cellist triumphed in finals, held throughout this week in Brussels' Palais des Beaux-Arts, performing the compulsory commission by Toshio Hosokawa and Shostakovich's First Cello Concerto with the Brussels Philharmonic conducted by Stéphane Denève. He receives a grand prize of €25,000 and concert opportunities.

A former student of Heinrich Schiff at the University of Music and Performing Arts in Vienna, and of Clemens Hagen at the Mozarteum  Salzburg, Julien-Laferrière won first prize at the Prague Spring Competition in 2012. He is a member of Trio Les Esprits, in residence at the Fondation Singer-Polignac.

This year’s Queen Elisabeth contest, which took place from 8 May to 3 June 2017, was the first to be dedicated to the cello – the fourth instrument to be included in the annual competition, which up to this point has covered violin, piano and voice in a three-year cycle.