A champion of contemporary music, Liddell led the London Sinfonietta from 1970 until 1994 and the English String Quartet from 1957 to 1973 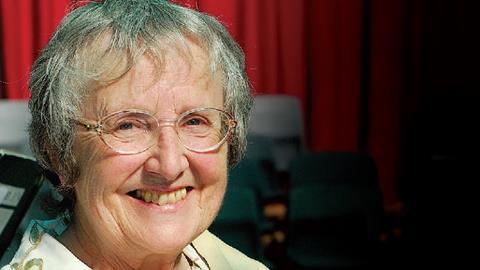 British violinist Nona Liddell has died at the age of 89. A champion of contemporary music, she led the London Sinfonietta from 1970 until 1994, often appearing as soloist with the ensemble, both at home and on tour abroad.

A graduate of the Royal Academy of Music, Liddell studied with teachers including Jessie Grimson, Rowsby Woof, Sascha Lasserson, BBC Symphony leader Paul Beard and Carl Flesch assistant Stefan Krayk. As a soloist she made her debut in 1947 at the age of 20 at the Proms with the BBC Symphony Orchestra under the baton of Sir Adrian Boult.  She was the leader of the English String Quartet from 1957 to 1973, and later of the Richards and London Piano Quartets.  She also led the Monteverdi Orchestra from 1973 to 1979, the London Bach Orchestra from the mid-1970s until 1993, and appeared as guest leader of the BBC Symphony Orchestra, the Royal Philharmonic Orchestra, the Orchestre Revolutionaire et Romantique and the City of Granada Orchestra in Spain.

Liddell taught at the Royal Academy of Music from 1978 to 1994, and later at Trinity College of Music, before retiring in 2006.  In 1992 she was made an MBE and in 1994 she was awarded the Worshipful Company of Musicians' Cobbett Medal for services to chamber music.

'I never thought of myself as a soloist,' Liddell told The Strad in 2012. 'But I always wanted to do chamber music and things that I enjoyed. When I studied with Paul Beard he advised me, 'Do everything you can, dear – you’ll have a much more interesting life!' I was told by the management [of the English Chamber Orchestra], 'Women don’t lead.' That was even when I was sitting on the front desk as sub-principal. In fact I did lead a couple of concerts [for that orchestra] when the concertmaster and co-concertmaster were both away. Even in the late 1960s it was quite unusual for women to be concertmasters, so I was pleased to be offered the post by the London Sinfonietta in 1970. I found that the Sinfonietta had no gender bias one way or another – we were all equals and there was no prejudice.'

Read: My years performing with Benjamin Britten, by Nona Liddell