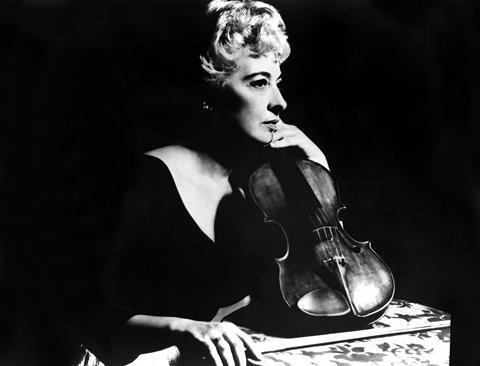 ‘I think I had a rather normal life – of course, I could get out of drying the dishes if I went to practise’ - Eudice Shapiro

No such cataclysm disrupted Eudice’s progress. ‘I think I had a rather normal life – of course, I could get out of drying the dishes if I went to practise. At ten I won a contest with the Scherzo-tarantelle by Wieniawski. Mother always accompanied me as a child. At twelve I was admitted to high school, and Dad felt it was time to find another teacher. We were not far from Rochester, New York, so he took me to play for a teacher at the Eastman School of Music, Gustave Tinlot, who accepted me as a special scholarship student.

‘I was just touching 17 when I went to the Curtis Institute of Music in Philadelphia: it was my father’s idea that I should study with Zimbalist. I won the scholarship, with even extra money to live on, and for five years I was the only female student in the class – there were eight young men and myself. The students were featured on weekly radio broadcasts and led a full and wonderful life. Summers were spent at the Curtis colony in Rockport, Maine.’