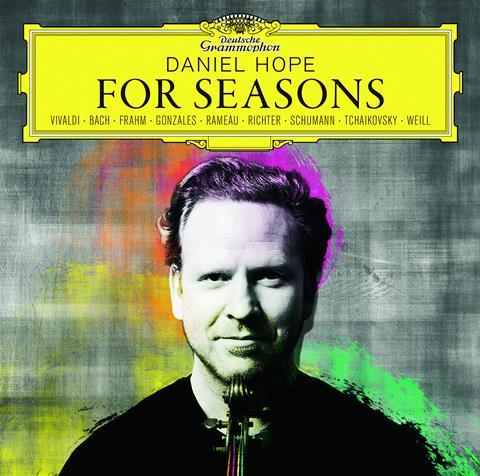 Following his Four Seasons ‘recomposed by Max Richter’, Daniel Hope turns to the original concertos themselves – this time with the Zurich Chamber Orchestra, of which he is now music director. But there’s a concept here too, with Vivaldi’s four-concerto cycle complemented by twelve bite-sized works – a mix ranging from Rameau and Bach to Chilly Gonzales and Nils Frahm – each representing a month of the year.

Hope’s innate richness of tone is transmuted by a natural feel for stylistically informed expression, an outlook that the Zurichers share willingly. Vivaldi’s sometimes audacious pastoral effects are keenly imagined, always ear-opening but never extreme for their own sake, and the whole picture is enhanced by delicious continuo colourings from harpsichord, theorbo and Baroque guitar (beguilingly captured on the recording). There’s no doubting the sheer body of sound in the storm at the end of ‘Summer’, yet the rolling dotted-figure accompaniment – the ‘sweet rustling of leaves and trees’ – at the opening of the second movement of ‘Spring’ is so hushed as to appear as a passing memory.

Not all of the dozen additional satellite pieces are equally rewarding – brevity is the best feature of some of them – but the range is eclectic, and they demonstrate the versatility of both Hope and his players.