Fear of a blank page

There's nothing stopping string players from commissioning their own works, argues cellist David Cohen – apart from their own reluctance 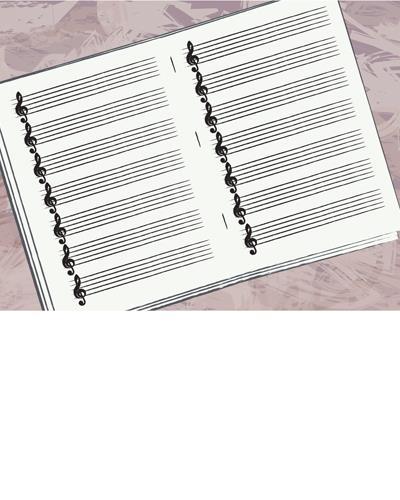 When I’m performing on stage, I can often tell by the listeners’ body language that they’re scared of the new piece on the programme. Sometimes I can even see it as they’re entering the auditorium. I believe that as music institutions have lost their inclination for taking risks, this attitude has rubbed off on the audiences. Consequently, 21st-century concertgoers have to be re-educated in appreciating the value of modern classical music, and string players have the responsibility – and opportunity – to be at the forefront of this re-education.

The whole process of composition is hugely rewarding for a string player to be involved in. I don’t pretend to be able to write music myself but I think I know the cello better than most composers, so when I commission a piece I make it clear from the outset that I like to be involved if possible, and that they’re always welcome to call me and ask whether a certain passage is possible for a cellist to perform. Last year I commissioned the Irish composer Ian Wilson to write a piece for cello and piano. When it was finished, we went through it together and there were several points where I gave feedback, and where passages could be rewritten to maximise the piece’s effects. I was glad to be able to do this, especially since we hardly knew each other’s work before we met – I’d listened to lots of his music and he’d heard me perform the Dvo?ák Concerto in Dublin, but when we sat down, something clicked between us and I instinctively decided to commission him. Furthermore, as Joel Smirnoff has persuasively argued, stringed instruments have such an incredible variety of tone that composers love to write for them.

So, what is it that stops musicians from commissioning? There’s a whole raft of obstacles, beginning with the funding. I’ve paid for some commissions with my own money, and sometimes friends have been kind enough to support them. Going out and finding sponsors is undoubtedly difficult, and it’s true that not everyone can do it – I find it incredibly daunting to go to someone I don’t know and promote my ideas. Sometimes the reaction is, ‘Why should I do this – isn’t there enough good music out there?’ But it’s necessary to make a potential sponsor understand the impact that works such as the Rite of Spring had on their audiences. A concert is over in an evening, I’ll argue, but a great new work is something that will last for decades if it’s successful. When private sponsors are made to feel that their name will be associated with a work of art, they very often come around to the commissioner’s way of thinking.

If I still can’t get sponsorship, I’ll try another way – I’d re-mortgage my house if I had to! It’s been interesting to see how some of my peers have reacted to my attitude about this: I’ve been told I’m crazy, that I’m ‘setting a precedent’, that I must not go ahead with these commissions. Someone once called me a ‘rebel with a cause’ and I guess they are right on this one. Fear is a huge deterrent for some musicians, but as I always tell my students, it’s essential to take risks to gain rewards.

I always think of Mstislav Rostropovich’s legacy to the cello repertoire, as he became so involved in the creation of works such as Prokofiev’s Symphony–Concerto. Playing it today, it’s easy to notice the cellist’s helping hand in the composition, to the point where you think, ‘This isn’t Prokofiev any more, it’s Slava.’ To be involved in that process of creation is the greatest experience in the world, for any musician, and I feel it is my responsibility as a performer to encourage and help the next generation of composers.