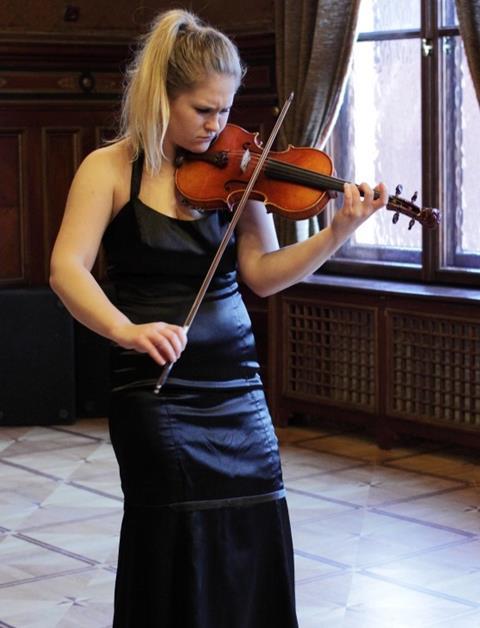 Four Eastern Europeans and two South Koreans made it to the final round of this year’s International Violin Competition in Toru?, Poland, which ran from 23 November–2 December. The top prize of €12,000 went to Polish violinist Anna Malesza (pictured), a student of Marcin Baranowski at the Academy of Music in Pozna?. Another Pole, violinist 25-year-old Maja Syrnicka, came second and received €8,000. The €5,000 third prize went to Youn Eunsol, 26, from South Korea.

The remaining finalists were awarded distinctions and €1,000 each: Russians Dmitry Serebrennikov, 21, and Nikolay Grabovskiy, 25, and South Korean 25-year-old Seayoung Kim.

The competition was organised by the Toru? Symphony Orchestra, and this year was open to violinists born after 1 December 1983. In the first round, 24 participants performed works by Bach, Ysaÿe and Paganini or Wieniawski; the 12 who made it to the second round gave a recital that included a work by a 20th-century Polish composer. In the final round, the remaining six participants competed with one of three concertos: Lalõ’s Symphonie espagnole, Tchaikovsky’s Concerto in D major and Szymanowski’s First Violin Concerto.

The contest formed part of the Toru? International Violin Festival, which featured a range of concerts, lectures about violin playing and making, and musical films, as well as a composition competition. Polish violinist Bartlomiej Niziol chaired the violin competition jury.