Joe’s Violin’ premiered at the Tribeca Film Festival this month 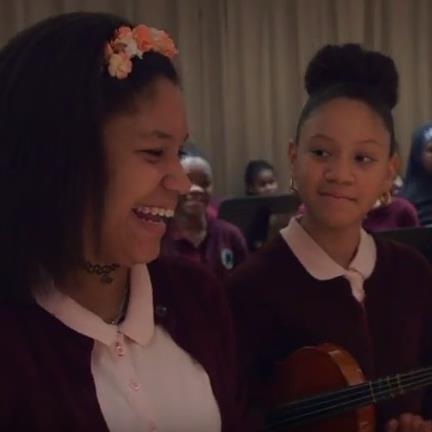 A new documentary has premiered at the Tribeca Film Festival detailing the friendship between a 93-year-old survivor of the Holocaust and a 14-year-old schoolgirl from the Bronx, brought together by a violin.

‘Joe’s violin’ tells the story of Polish musician Joseph Feingold, who was sent to a Siberian labor camp at the age of 17, surviving for six-and-a-half years, while both his mother and brother died.

When waiting for resettlement in a displaced person’s camp in Germany in 1947, Feingold swapped a carton of cigarettes for a violin. He later became an architect in New York and continued to play the instrument. However, in recent years playing became more difficult, so he donated the violin to an instrument drive run by classical radio station WQXR in 2014.

Watch a trailer for 'Joe's Violin' below:

Read: Alma Rosé - the violinist who brought music to Auschwitz