String students who struggle in the early stages of learning often don't know how to listen. Patiently help them to train their ears, says Peter Quantrill, and practice sessions will become ever more fulfilling 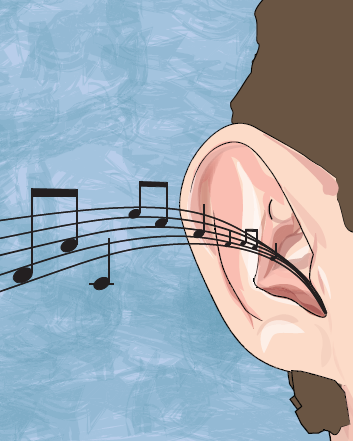 My nine-year-old son has just passed his ABRSM Grade 1 cello exam. He has an excellent teacher at a state-funded London school, and he has the advantage (even if sometimes he doesn’t see it that way) of also learning how to sing and play the piano. But his teachers can’t be there when he does his daily practice, and neither can his parents all the time. When we are there, we wrestle with various impulses. Do we leave it up to him? Do we instruct him, in a quick and dirty way, to make the changes (longer bows, adjust fingering here, pay attention to dynamics there) that will bring a quick improvement? Or do we make the performance of practice more open-ended, and attempt to be a sounding board for what he’s doing?

We all know, in personal and professional contexts, how depressing it can be to receive intervention from a higher authority only when a transgression or inadequacy has been detected. My efforts with my son’s practice are directed towards a combination of those strategies outlined above, always motivated by the invitation to listen.

The conductor Claudio Abbado died in January 2014, leaving a trail of monosyllabic interviews, recordings of ineffable beauty and the lasting affection of those musicians (especially young ones) who had worked with him. ‘Many people learn how to talk,’ Abbado once remarked in a rare moment of public candour, ‘but they don’t learn how to listen. Listening to one another is an important thing in life. And music tells us how to do that.’

Unless a student learns to listen, how can they improve? ‘How was that?’ I ask my son. ‘It was OK.’ ‘Do you think you could have improved anything?’ ‘I don’t know.’ Enclosed here is a strategy of disconcertion, no doubt designed (whether consciously or not) to frustrate me and get me off his case. And if a student does not care what they are doing, is there any answer to that?

Inspiration can be sought elsewhere, from listening to others make music. But concerts, in the standard classical format which I habitually attend, are not geared towards nine-year-olds. DVDs and books with CDs fill the shelves with well-meant intentions: here’s a nice story about Beethoven and a funny picture – now listen to the Fifth Symphony. But reading and looking aren’t listening. Multimedia content and performances have eroded our abilities to just listen, and the opportunities to do so become ever rarer. Discussing the futility of a private language, Ludwig Wittgenstein observed how no one can feel your pain, and listening is in the same position: no one can hear you listen.

Learning to listen is learning to care. Scales and arpeggios are the daily diet of musicians great and lowly because it is comparatively easy to hear when they go well, and what to do when they don’t. This tuning of the ear can take time and might take more time now than it used to, when listening was more of a habit. When learning an instrument, we’ll always care more about getting right those pieces we’re drawn to. ‘Don’t force it,’ my father would say. He was referring to doors and hatches, bottles and lids, but the principle applies to music. I might want to listen to my son do Purcell’s Hornpipe, but if he wants to play March of the Stegosaurus instead, then Purcell can wait.

For those who make it through the painful early stages – for students and maybe their parents too – there should be that magic moment when the door opens, and there, in front of you, is a wealth of music not just to learn but to love, and maybe for ever. (For me as a young cellist, that moment came with Bach.) That’s when we start to correct our tuning, go over a vexing string-crossing time and again, not because our teacher told us to, or a parent is breathing down our neck, but because we feel the sense of responsibility towards a higher authority, the music itself. That’s when we’ve begun to listen.

This article was first published in The Strad's September 2014 issue