UK primary music education is a lottery. Here’s how to help 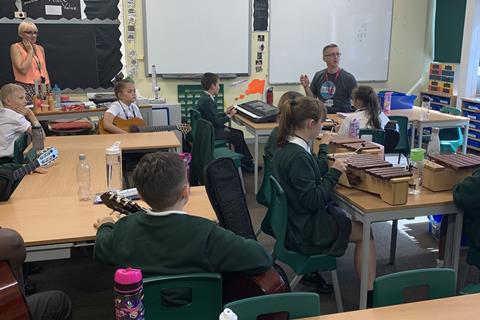 According to an ISM report earlier this year, since 2010 GCSE entries are down 23% and A Level 38%. Many primary schools having little or no music provision: primary schools are a ‘lottery’ for children whose music education is often determined by chance rather than design.

I began learning the violin in the 1970s with group lessons in the kitchen of West Malling Primary School offered by the Kent Music School. The lessons were free and there were clear progression routes for those that persevered with ensembles, orchestras and an excellent Saturday music school for gifted and talented musicians from across the county – many of whom are now working in the profession.

Fast forward to 2010 and the landscape in Kent was very different. I went back to my old primary school and very quickly realised that there was no music! It was the realisation that many children had little or no access to music provision that led me to set up Music@Malling, an international festival that brings outstanding musicians to historic venues in and around West Malling Kent in concerts and outreach. 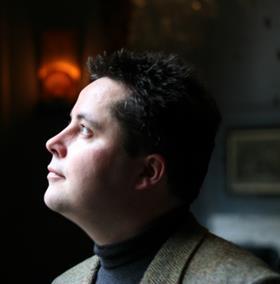 Our emphasis has been to nurture music in primary schools – creating projects that are creative, cross curricula and fun with lots of participation. This has been run in conjunction with setting up ensembles in schools and working with teachers to develop their practice – particularly those who have do not have musical backgrounds. We also work in conjunction with Kent Music, the Arts Council funded hub, to develop this programme and encourage children to learn instruments.

It is the participation and feeling of being part of something bigger that the children enjoy and this initial spark and enthusiasm can be channelled into learning instruments. Having been into 30 primary schools in the area, one of the issues is accessing music – whole class tuition in ukulele or recorder does not necessarily lead to learning the cello and I struggle to see what the transferable skills are.

I would argue that singing and composing are key from the outset – encouraging children to be creative and learning to express themselves. In my opinion, this should be a universal provision in all primary schools. Learning a string instrument flows from this and compliments instrumental lessons. A basic musical foundation has to be there before introducing an instrument, otherwise there is too much to learn at once. I also feel that string teaching has to start with singing as it enables each person to get in touch with their natural instrument: the voice. This can be transferred to a string instrument but only when there is a concept of sound and pitch.

Despite the worrying statistics that seem to suggest that music is going the way of Latin in our state schools, there are some brilliant organisations – such as In Harmony, MIST, RNCM Young Strings – that create opportunities to learn instruments. But these are very much based in metropolitan areas.

There are also brilliant people teaching music in schools. One of the schools Music@Malling work with is the Discovery School in King’s Hill, which has a fantastic and proactive music teacher with a string playing background. You can really tell it is an outstanding school because it embraces music and creativity and you can hear it!

All performers and ensembles should be engaged with this and do their bit working in collaboration with those who work in education. It is vital for young people to see fantastic instrumentalists performing on their doorsteps yet this becomes less likely the further you move away from the main cities and towns. This needs to change so that provision is less patchy, more evenly distributed and music is a normal part of learning and a universal right in primary education.

Many of the skills learned through music cannot be quantified by exams or data but give young people transferrable skills that benefit the whole of their education. Cutting many young people out of this will only contribute to the growing inequality that has been flagged up in our education system and society. I would also argue that learning an instrument makes taking GCSE and A level more likely and viable. Only by focusing on the grass roots at a primary level will this worrying trend reverse.