There's a growing trend of string players turning to conducting – and as Andrew Mellor argues, it's the orchestras that stand to reap the benefits 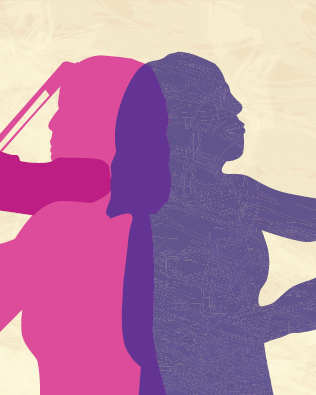 A few years ago I had a fascinating conversation with the Finnish violinist and conductor John Storgårds. He told me how, one summer, he and a few friends had got together to play some chamber music. Storgårds was joined by his fiddler chums Jukka-Pekka Saraste, Pietari Inkinen and Okko Kamu. On viola was Sakari Oramo and next to him on cello were Susanna Mälkki and Hannu Lintu. Osmo Vänskä dropped by with his clarinet for Brahms’s Quintet op.115.

It must have been a remarkable sight, even before you consider the common nationality of the participants. But it was also, as Storgårds explained, an unprecedented opportunity for these old classmates and colleagues to get together for the first time in decades and calibrate their experiences of conducting orchestras around the world. And how best do that? By working through matters of technique and interpretation, instruments in hand, via the great participatory leveller that is chamber music performance.

Though the route to conducting has traditionally been via the piano stool as an opera répétiteur, the concept of graduating from orchestral musician to conductor is not entirely new. Arturo Toscanini worked his way to the podium via the cello section of orchestras including La Scala and he had precursors.

But it is becoming more common for orchestral players to make the move, in no small part because of the shift in the working cultures and expectations of orchestras themselves. A tiny handful of ensembles might still thrive on the old working model of a maestro haranguing players into his (and yes, it was always ‘his’) interpretative viewpoint via a threepronged onslaught of charisma, wit and arrogance. But that sort of behaviour is on the way out. In an age of increasing industry democratisation, orchestras are cleaving to conductors who have worked in orchestras themselves and understand the human sensitivities of these strange organisms from the inside.

And what a difference it makes. When I saw Storgårds rehearsing with the BBC SO two years ago, I was struck not only by the efficiency with which he could solve problems in the string sections (so often left, in my experience, for principals to translate into bowings or points of articulation while the maestro has hurried on to something else), but also by the respect his technical knowledge engendered within the players. At the BBC Philharmonic, where Storgårds is principal guest conductor, a cellist told me he is liked and trusted by the string players because they see him as ‘one of us’. He, Mälkki, Oramo, Inkinen and Saraste all sat in principal chairs in orchestral string sections before considering themselves worthy of picking up the baton.

String sections are the engine rooms of the orchestra: the most active, technically delicate and emotionally vulnerable part of the ensemble as well as its overwhelming human majority. Chances are that if you’re reading this magazine you know a thing or two about that. So when we’re talking about the future of the conducting profession – for which Finland still serves as something of a pedagogical model that the rest of us follow – look around you. Or even look in the mirror. You might have more of a head start than you think.

This article is published in The Strad's June 2014 issue