Joshua Bell: Don't impose bowings and fingerings on your students

There is no ‘one size fits all’, argues the American violinist. It is important to discuss why students chose their fingerings and why there may be better alternatives 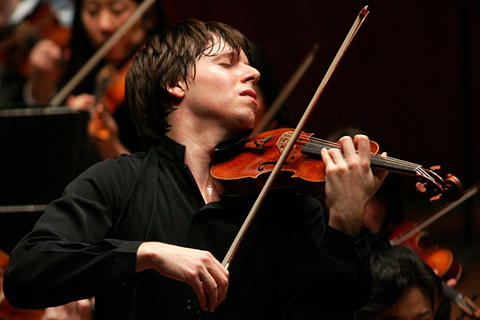 Bowings and particularly fingerings – which strings you use, where you place your glissandos and so on – are very individual, because they are tied into the philosophy of your interpretation and expression of a piece. They are so personal: what one player does may seem illogical to someone else; some choices will fit one person’s hand when for others they might not work at all.

When I was a youngster the bulk of my studies were with Josef Gingold. He would sometimes give me very unorthodox fingerings passed down to him by his teacher, Eugène Ysaÿe. These were not always intuitive, but they were very expressive and made sense for musical reasons. He would also offer his own ideas, but when he did, he just meant for his students to give them a try. Sometimes I would use my own fingerings and he would say, ‘Oh my God, you’ve just sold me on that!’

Another danger comes through the many music editions that have been published to include fingerings and bowings by famous violinists, or sometimes by violinists I’ve never even heard of. I remember asking as a kid, ‘Do you have so-and-so’s fingerings? I need to copy them,’ even if I didn’t understand why. A lot of young players, when learning these pieces for the first time, will follow what they see on the page without really thinking about it.

I am still fighting against the consequences of this now, as an adult. There are some fingerings that I still do purely because years ago I saw them written on the page by a violinist I’d never even met, just because they fit their hand. On real evaluation, I have realised that these fingerings often don’t work with the way I think about the music – but I’m stuck with a physical memory of fingerings that are of no benefit to my interpretation, until eventually I manage to do my own thing.

Now I don’t always stick to the same fingerings even for two performances in a row. Often I practise different ideas for similar passages, so that I’m comfortable doing various fingerings depending on how I feel in the moment.

I may also change what I do depending on the concert hall: in some acoustics, for example, there may be passages where I feel I need to go on to the E string instead of the A string, to project more or to make a phrase sound more fluid.

This article is from The Strad’s July 2018 issue, available to view in magazine format for desktop computer or via the The Strad App, or buy the print edition