After Corona, pay inequality among musicians will be unsustainable

The great disparity in wages between soloists and rank-and-file musicians has been highlighted by the Covid-19 crisis, writes Andrew Mellor 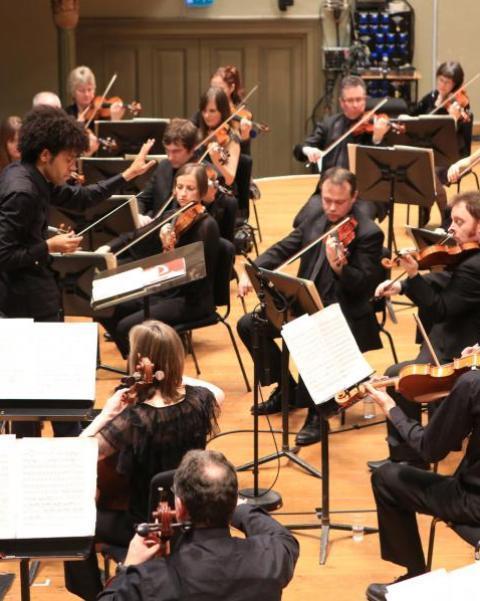 Musicians of the Ulster Orchestra: Covid-19 has been particularly difficult for larger ensembles

Nothing has exposed the developed world’s wealth divide like the spread of the coronavirus. It’s now clear that the less money you have, the more likely you are to die from Covid-19. For those of us who live through it, the economic effects are likely to snowball. They have already underlined the precarious financial models that underpin even the most established orchestras and opera companies. As for private instrumental teachers, freelance musicians and small itinerant ensembles, the situation has proved nothing short of desperate.

Even as European ensembles start to reassemble and play together, we can’t know what the long-term effects of the disruption will be. We have certainly seen classical musicians prove their character and resolve. Even in the first days of lockdown, despair was drowned-out by hope, solidarity and a determination to remind ourselves how lucky we are to have music in common. In the Spring of 2020, the gift of live music felt that bit more precious.

Back in the real world, financial hardships prompted an almost tribal disdain for the rich; a demand that they relieve themselves of excess cash for the greater good. In moments of crisis, inequality is exposed more sharply than ever. If there’s a silver lining, it’s the capacity of a crisis like this to remind us that we truly should all be in it together: that huge gaps in wealth help nobody.

They needed prompting, but Premier League footballers quickly devised a scheme to divert millions of pounds towards health services in the UK. Many of these young men are inexperienced when it comes to navigating the choppy seas of moral obligation. They can barely do their own laundry. But deep down, they know they’re privileged; some come from countries that know poverty all too well.

Read: Opinion: Musicians today are encouraged to play it safe when performing
Read: Opinion: Perhaps it’s time to practise in front of an audience
Read: How to put on a live concert in the time of Covid-19

Footballers attract attention because they earn colossal wages. But unlike CEOs, those wages are determined by the specifics of their performance week-to-week, which in turn demand extreme talent, focus and self-discipline. They are also market-driven: by-products of the huge worldwide demand and excitement their performances attract. There is a big difference between a Premier League player and a professional lower down the leagues.

A bigger gulf, you might say, than that which exists between a professional string player who sits in an ensemble and a soloist who commands a five-figure sum for playing a concerto in front of it. It’s known that top-end opera stars can attract fees of around €15,000 a night and there are string-playing soloists who are not far behind. These musicians may be those hit hardest by the crisis, with no salaries to fall back on. But they are also emblematic of the inequality that exists in our own industry, whereby largely state-funded charities pay more to visiting musicians for a few hours of work than many of their dependable full-time employees will earn in four months.

I’m sure those soloists and conductors who routinely pocket more than a million a year are already thinking of the orchestras and opera companies on which they rely for income (both in concert fees and post-concert CD sales) and are pledging cash donations, fee waivers and other support. If not, then perhaps, as with the Premier League footballers, they need a polite reminder that without the civic orchestras and opera companies that are haemorrhaging money, performing opportunities would be very scarce.

In the long term, something bigger has to change. Wages in Premier League football have been inflated by unprecedented demand and a huge influx of cash from various sources. Many classical music organisations, in contrast, have seen their economic models steadily undermined just as soloist fees have rocketed. As the realities of our new situation sink in, we must ask ourselves if it’s necessary to make one section of our professional community inordinately rich, while the rest risk destitution.