Opinion: Go your own way

Musicians today are encouraged to play it safe by a recording culture that encourages perfect homogeneity. But, writes violist Paul Neubauer, it is still possible for individuality to thrive 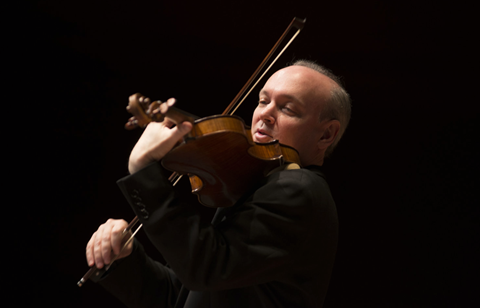 Compared to performers of the past, are today’s recording artists overly concerned with ‘perfection’ at the expense of musical character? Until the advent of the 33 ⅓ rpm album in 1948, recordings were limited by their playback time: up to four minutes of music without any possibility of editing. A recording of a symphony or concerto might span over a dozen sides of 78rpm record, so producers had to plan carefully where to stop and start in longer works. Sometimes performers had to play faster than they preferred or delete a portion of a composition in order to fit the music on one side of a 78 record.

Besides differences in technology, the unique qualities of an artist’s sound and interpretation, as well as the different schools of playing, were much clearer. One extreme example of this is my favourite recording of Mozart’s Sinfonia concertante K364, made in 1933 with violinist Albert Sammons and violist Lionel Tertis. The London Philharmonic Orchestra conducted by Hamilton Harty begins the work at a brisk tempo, and when the soloists start to play, the tempo immediately becomes noticeably slower. There is generous use of portamentos by Sammons and Tertis, as well as the orchestra, throughout the recording. Most notably, the first-movement cadenza by Mozart is replaced with a spectacularly performed but extremely romanticised cadenza. In addition, the final solo run of the last movement has the violin and viola playing together as opposed to the violin playing solo. No contemporary recording would dare (or want?) to make these kinds of drastic changes.

Before recordings were readily available, the only way to hear different schools of playing was by attending concerts of travelling performers. This localised approach to music making led to a more personal sound and manner of playing. Many performers were focused on finding their most convincing interpretation of a piece, even if that meant taking certain liberties in order to suit their style. There was no ‘normal’ or ‘correct’ way to play; all recordings featured an authentic picture of the player’s musicianship.

Today, by contrast, the ‘magic’ that can be done to recordings is remarkable. The speed, pitch and volume of notes can be changed, and any number of edits can be made. Extraneous noise or breathing can be eliminated easily. It certainly seems that things have evolved in a wonderful way. But is it possible that with so much exposure to ‘perfect’ recordings, and the globalisation of music, that there is now a standard middle ground to which many musicians aspire? Will a portamento in a recording appear too dated? Will rhythmic freedom seem unprofessional? This is not to say that recordings today are boring or that they all sound the same, but sometimes it seems they lack spontaneity and individuality.

The culture of competitions doesn’t help; competitors often prefer safer interpretations, steering clear of any radical expression that might offend the jury. When I participated in competitions, I looked at them first and foremost as performances, and was focused on demonstrating my personal conception of the work. Sometimes this worked for me and sometimes it did not, but I feel strongly that this is the right approach.

Ultimately, the recordings that speak to me most are those that honestly express the artist’s individual voice. Finding your voice is a personal process; nobody can tell you how you should feel or think about a phrase. Perhaps the best solution is to try to express the individuality of your playing in a manner that best represents the composer’s intent. Conveying sincerely your personal feelings about a score comes about by identifying yourself with the composer and experimenting with different ways to approach each note, phrase and movement. Following your convictions and intuitions rather than those of the producer will also make your recording more personal. Don’t be afraid to go off the beaten path!