The artist, who was suffering from cancer, announced his retirement last week 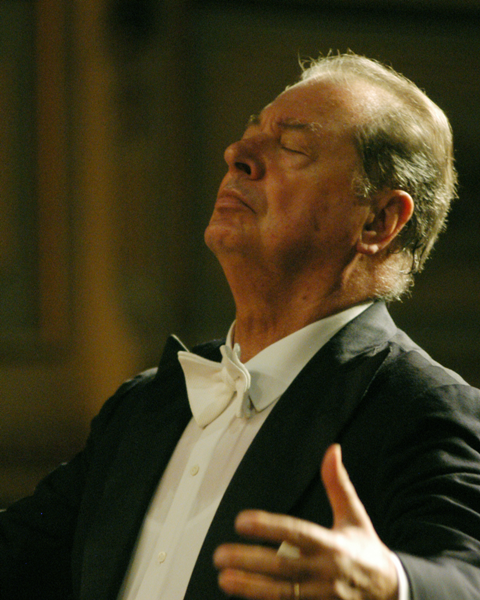 Rafael Frühbeck de Burgos has died at the age of 80. The Spanish conductor and composer, who studied violin, piano and composition in his youth at the conservatories of Bilbao and Madrid, announced his retirement just a week before his death on 10 June. He had been suffering from cancer.

Born on 15 September 1933, Frühbeck de Burgos took up conducting while on military service in the Spanish Army. After being discharged he studied with Kurt Eichhorn at Munich’s Hochschule für Musik and was awarded the Richard Strauss Prize.

From 2004 to 2011, he was chief conductor and artistic director of the Dresden Philharmonic, and in the 2012-13 season began his post as chief conductor of the Danish National Orchestra on a three-year contract. He also forged longstanding links with the Philharmonia Orchestra in London, which he first conducted in 1965, and the Philadelphia Orchestra in the United States, which he first conducted in 1969.

His final concert as a conductor was in Washington DC on 14 March 2014 with the National Symphony Orchestra.