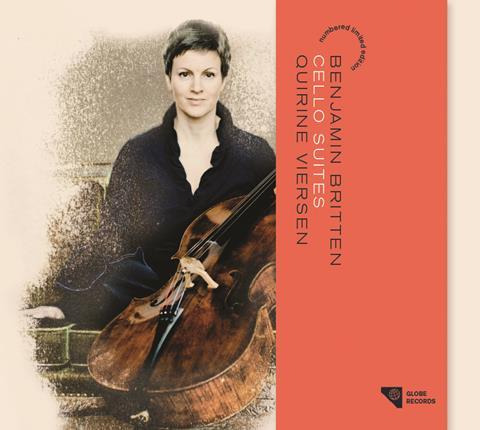 In a candid booklet interview, the Dutch cellist Quirine Viersen speaks of her tentative, even wary approach to performing and recording Britten’s three solo cello suites. And if one is to interpret her words correctly, she only began tackling nos.1 and 3 for the first time in connection with this recording, a follow-up to her Bach Suites on the same label (reviewed March 2012). If so, the result is a series of remarkably mature interpretations. (An artist interview, incidentally, is no substitute for an in-depth programme note on the repertoire or a performer biography, both sadly lacking from this release.)

The recording, made in a Haarlem church in 2013, gives a beautiful, resonant bloom to the sound of Viersen’s 1715 Guarneri ‘filius Andreae’ cello. With this instrument, she brings clarity of both vision and articulation. Her rhythms are taut and the music flows naturally, whether in the narrative of the Cantos or the more purely musical exercising of the various Fugas. Each suite feels like a journey, rather than a collection of individual movements, and there’s a special poignancy to the more mortality-aware Third Suite, culminating in a deeply felt Passacaglia. A recording of the three suites that can stand alongside the best.