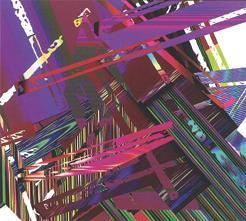 On his website, young Brooklyn-based musician William Brittelle describes himself as a ‘composer of pop-influenced electro-acoustic art music’. That just about sums up the immediately likeable, witty tracks on this disc, which throw strings against a backdrop of 80s-style synth pop to great effect. There’s a lot of Reich and early Adams in the post-minimalist string writing, and a lot of Japan and David Sylvian in the electronics, but it nevertheless adds up to a fascinating, endlessly inventive and thoroughly joyful experience.

The strings are often rather hidden among the dense electronic textures – in the quartet version of Future Shock, for example, they emerge for some lush playing in the second movement, but elsewhere join the synths’ driving rhythms and surprisingly complex, ever-changing harmonies. The piece’s machine-gun ending, though, manages to be both arresting and amusing.

The foot-tapping cello version of Future Shock has nicely rhythmic playing from Clarice Jensen, and thrilling counterpoint with a bouncy electronic bass-line. And although Loon Birds in Meshed Crystal strays perilously close to saccharine sweetness, it’s highly effective in contrasting its viola and cello lines with swooping synth effects. It’s compelling music, given committed, energetic performances, and it pulls off a neat trick in being both funky and intellectually satisfying.