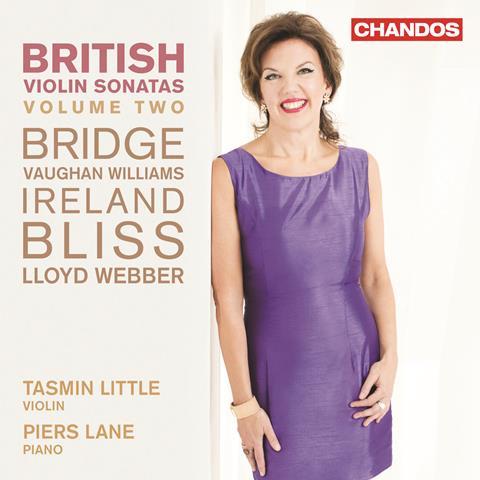 Two of the sonatas on this disc are unfinished; oh, what good music we don’t have! The ghost of Brahms hovers behind Frank Bridge’s early (1904) E flat major Sonata. There are two movements, the second completed by Paul Hindmarsh in 1996. Tasmin Little and Piers Lane launch gleefully into the first-movement Allegro, shaping its surging lines with full-toned vigour and bringing nicely turned melodic shaping to its passages of repose. There is a satisfyingly big finish. Little tenderly outlines the delicate Andante that follows and skips lightly through the scherzo at its centre.

The first movement of Ireland’s First Sonata ranges far in its eleven-minute span, with its many gear changes negotiated with purpose and poetic sensibility by Little. She brings a simple and touching vulnerability to the second-movement Romance, punctuated by dramatic outbursts. The final Rondo is lively and skittish.

Bliss started his F major Sonata in the trenches, abandoning it after the first movement. In this powerful performance Little and Lane show it to be a work of real emotional weight and complexity. Vaughan Williams’s two early pieces are thoughtful and beautiful. William Lloyd Webber’s short The Gardens at Eastwell, receiving its first recording, is a gentle, reflective delight. The recorded sound is warm and full.