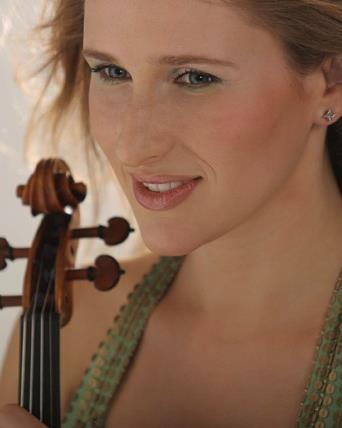 The Boston Symphony Orchestra has appointed a new violinist and three new violists for its 2016-17 season, beginning on 24 September:

Violinist Bracha Malkin (pictured) has won prizes at the Wieniawski and Paganini International Violin Competitions, and has performed as a substitute member of the New York Philharmonic. A former student of Aaron Rosand at the Curtis Institute of Music, she has performed at the Marlboro, Menton, Delft and Storioni festivals and with numerous orchestras and ensembles worldwide.

Violist Rebekah Edewards has held positions with the Baltimore Symphony Orchestra and Minnesota Orchestra, and was principal of the Charlotte Symphony, Akron Symphony and Erie Philharmonic. She is a former student of the Cleveland Institute of Music.

Violist Leah Ferguson recently earned her bachelor’s degree from the Cleveland Institute of Music and is currently pursuing a graduate diploma at The Juilliard School. She has performed with the Chicago Symphony, Cleveland Orchestra and New York Philharmonic, as assistant principal of the Rochester Philharmonic, and as guest associate principal of the Montreal Symphony Orchestra.

Juilliard graduate and violist Danny Kim toured South Korea in 2014 with his string quartet, Quartet Senza Misura, and was also a member of Madison Symphony Orchestra. He was a Fellow of the Tanglewood Music Center, where he won the Maurice Schwartz Prize, and has participated in the Marlboro, Pacific Music and Aspen festivals.