Belgian violinist Pierre D'Archambeau has died at the age of 87

Son of cellist Iwan D'Archambeau, Pierre was a successful recitalist and teacher 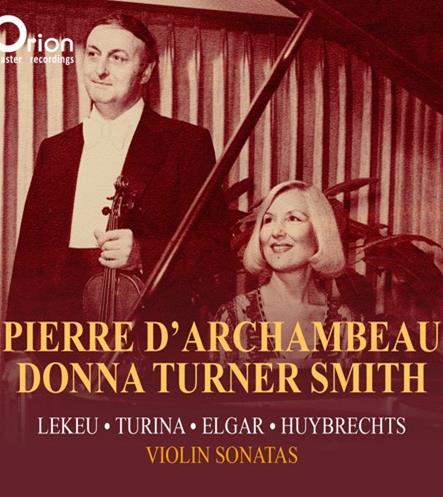 Belgian-born violinist Pierre D’Archambeau died on 16 June at the age of 87 at his home in Massachusetts. Son of cellist Iwan D’Archambeau of the Flonzaley and Stradivarius quartets, Pierre was born on 3 April 1927. At age nine he gave his first recital in the USA. He studied for six years with Richard Burgin, an Auer pupil, and at age sixteen went on to complete his studies with Jacques Thibaud.

He won a number of prizes, including the International Competition in Geneva in 1948 and the Queen Elisabeth of Belgium Competition in 1951. In 1967 he was presented with the medal of the Ysaÿe Foundation for being the first violinist to play all six unaccompanied sonatas in one recital.

D’Archambeau collaborated with a number of famous musicians during a long career, including Arturo Toscanini, Pablo Casals and Fritz Kreisler, from whom he acquired the famous ‘Kreisler’ Daniel Parker violin in 1948.

A much-recorded artist, D’Archambeau can be heard on recordings of Rheinberger, Vitali and Chausson, and Lekeu, Turina, Elgar and Huybrechts, both on the Orion label.

He was a professor at the University of Oklahoma School of Music for a number of years, joining the faculty in 1981 and forming the Oklahoma String Quartet in 1982.