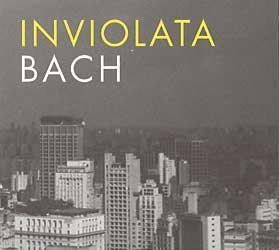 Playing Bach’s keyboard compositions on the accordion may at first sound like an unlikely proposition, but the instrument has an uncanny ability to impersonate a chamber organ. Some ten years ago, violist Nobuko Imai and accordionist Mie Miki recorded music ranging from Guillaume de Machaut to Bach and beyond, including the first gamba sonata. Now the Danish duo Inviolata – their name presumably taken from Machaut’s piece of that name, which they also have in their repertoire – give us the complete cycle of three.

Asbjørn Nørgaard, otherwise violist with the award-winning Danish Quartet, founded the likewise award-winning Inviolata in 2007. He and accordionist Andreas Borregaard are a closely attuned team that breathes and phrases as one. Nørgaard’s sparing use of vibrato brings forth some intriguing tonal mixtures, allowing the viola to blend unobtrusively into the accordion’s part-playing. He plays most of the music at the original gamba pitch, managing discreetly the few unavoidable octave changes.

Borregaard’s handling of the keyboard part parades a wide range of colours. Only in a couple of instances did I wish for a more present bass-line, but otherwise Bach’s polyphony is beautifully laid out by both artists. The lively, intimately balanced recording was made in the concert hall of the Royal Danish Academy of Fine Arts and is up to the highest standards.