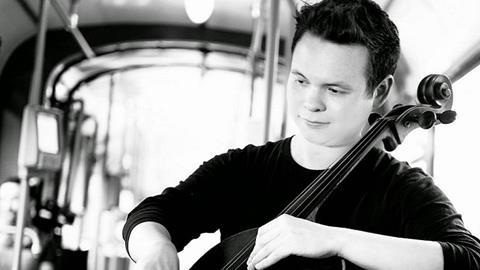 'Working with Torun and Sébastien over recent months has been nothing short of a delight,' said chief executive John Harte. 'Both are players of the very highest international calibre, and in common with the other Aurora principals they combine virtuosity across an exceptionally wide range of repertoire with a collaborative spirit, a huge appetite for adventure, and an irresistible sense of enjoyment in their music-making.  The principal cello vacancy attracted applications from all corners of the globe, and it is testament to Torun and Sébastien’s extraordinary abilities that they emerged as clear leaders from such a fiercely competitive field.'

Prize winner of the Prague Spring, Rostropovich and Casals competitions, Sébastien Van Kuijk has worked with composers such as Henri Dutilleux and György Kurtág, and artists including Gary Hoffman, the Ebène Quartet, Augustin Dumay, Cédric Tiberghien and Renaud Capuçon.  As a soloist, he has appeared with Paris Chamber Orchestra, Frankfurt Radio Symphony Orchestra, and Bulgarian National Radio Symphony Orchestra.  Recordings include Mendelssohn’s works for cello and piano, and Nicolas Bacri’s Four Seasons concertos with the Besançon Orchestra.

Norwegian cellist Torun Sæter Stavseng was awarded the Swedish Royal Academy of Music honorary prize and the Young Swedish Soloist prize in 2010. That same year she was named principal cellist of the Helsingborg Symphony Orchestra. She is a member of Cikada Contemporary Ensemble and creative director of the KRANTZ Chamber Music Series. As an orchestral leader she has worked with the Royal Opera Stockholm, the Norwegian Radio Orchestra and the Norwegian Chamber Orchestra.