Now ubiquitous in the British education system, lesson plans are good for ticking boxes but tend to get in the way in one-to-one teaching, argues Naomi Yandell 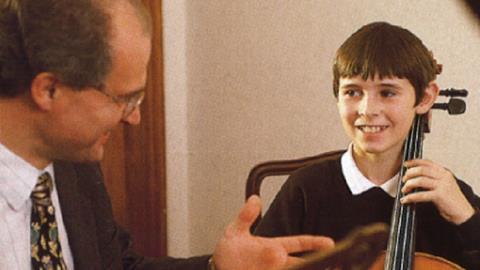 As I arrived at the café where I was meeting some fellow teachers a week or two ago, I detected that the conversation was more animated than usual. It turned out that the subject of lesson plans was being discussed, and one of the teachers was voicing her annoyance that she had been asked to send lesson plans to her head of department for the entire week’s teaching. She had no objection to providing them for class lessons but steam was coming out of her ears at the fact that she had also been asked to provide them for one-to-one lessons. It had become so irksome that she had taken to sending each plan in a separate email, in an attempt to elicit a request to stop.

Most teachers have encountered this expectation from the powers that be – and there’s no doubt that, from the point of view of a school or college, it generates on-paper reassurance that objectives are clearly defined and that outcomes are measured in an orderly and professional manner. But there are also irritants and drawbacks to this neat way of doing things.

Like all of us, students have lives outside their music lessons that inevitably impact on their practice – both on the time they spend on it and the state of mind that they bring to it. It is a reality that the teacher can only work with what the student has found time to do, and how they have practised will impact on what they will have achieved.

In this age of regular testing in the classroom, it is my experience that students can often look tired on arrival – frequently citing end-of-module tests and controlled assessments as the reason. Music teachers are not usually given this information prior to lessons, so if a plan has been written that includes getting to grips with, for example, a difficult scale and the trickier part of a new piece, it will suddenly seem like a disastrous idea.

Doggedly persisting with a preset plan can potentially alienate the student, detract from the fun of some extracurricular music making and, far from motivating practice, is likely to send the student away disillusioned and cross. This in turn will inevitably have a detrimental effect on the following weeks of practice. Not only will it engender in the student a sense of despondency and failure, but the teacher will also feel upset that there will be a negative outcome to record. Of course, on other occasions the opposite might well happen – and it is often the case that morning lessons are the best time to crack on with more challenging material.

A further issue, familiar to experienced teachers, is that students don’t necessarily learn in a predictable way. Even teachers who feel that they have a good idea of the pattern of a student’s learning can be surprised when introducing a new concept. Something that takes five minutes with one student may take far longer with another – and may require a range of strategies to conquer.

From my own point of view the biggest problem with the idea of a lesson plan is that it tends to interfere with the flow of creative energy between the teacher and student. If the teacher isn’t focused fully on the student’s needs in the room at that precise moment, but has half a mind on the plan and what is going right or wrong with the intention, then it will tend to stifle their ability to react and engage spontaneously with the student.

Since students have most lessons in a group setting, this one-to-one creative energy is a luxury. Why don’t we celebrate it and enjoy it rather than attempt to straitjacket any hopes and ideas by committing them to paper? Aren’t planned recital opportunities and exams enough to structure learning in the larger sense?

As one of the most popular (and successful) teachers sitting round that coffee table said, ‘My plan is to improve my student’s playing as quickly as possible. It’s that simple.’ There were plenty of affirmative nods at that sentiment.