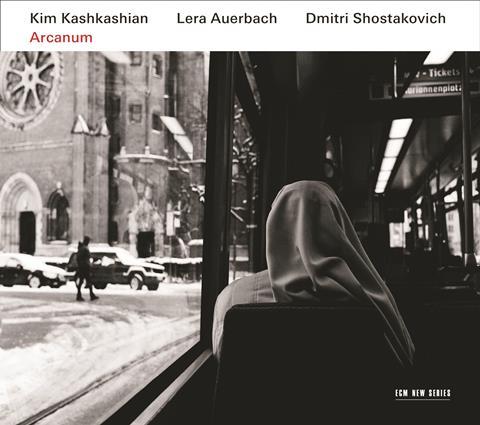 Lera Auerbach’s involvement with Shostakovich’s piano Preludes op.34 began at the turn of the present century, when she transcribed five of them that the composer’s friend Dmitri Tsyganov (leader of the Beethoven Quartet) had left out of his own arrangement for violin and piano. A few years later she redid the lot for cello and piano, and in 2010 she completed a viola arrangement for the present soloist. It should be noted that these versions are not adjustments of each other: each is a freshly thought out and highly idiomatic transcription.

As opposed to Shostakovich’s violist friend Evgeny Strakhov, whose arrangement of seven preludes is transposed to keys that allow for maximum instrumental effect, Auerbach keeps to the original keys throughout, with no loss of brilliance either. While Strakhov spotlit the viola unashamedly, Auerbach integrates it into the texture in an inconspicuous, perfectly natural way. Kashkashian’s playing is characterised by a bel canto quality that suits Shostakovich’s tongue-in-cheek trifles to a T. If once or twice (or thrice) an exaggerated glissando seems to go way over the top, one can well imagine the composer laughing approvingly!

Following their Shostakovich collaboration, Auerbach wrote Arcanum, a piece of a completely different hue, for Kashkashian. The four movements’ Latin titles suggest a valedictory atmosphere that is reinforced by funeral march rhythms, tolling sounds and an ending similar to Shostakovich’s valedictory Viola Sonata in its otherworldliness. Kashkashian and the composer achieve a definitive reading that is captured in ECM’s eminently listenable house sound.