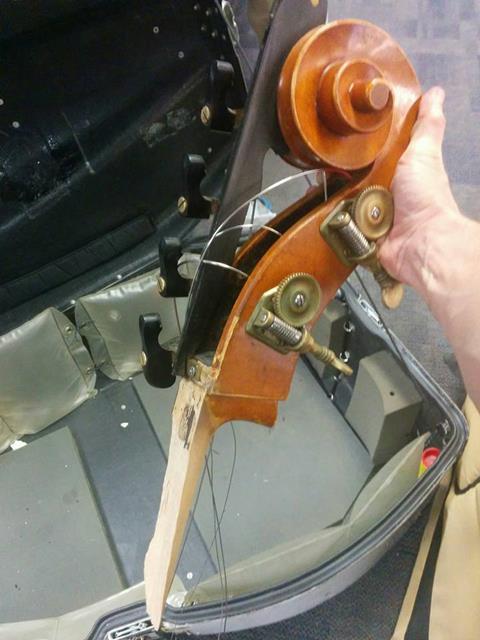 Colorado Symphony double bassist Karl Fenner has posted photos on his Facebook and Twitter pages of his badly damaged instrument, following a plane journey from Atlanta to Denver in the US.

The musician was returning from a successful audition with the Atlanta Symphony Orchestra, flying with Southwest Airlines, having checked his bass into the hold through Atlanta Transport Security Administration (TSA) officials. At some point during the journey a section of his fibreglass case was ripped away, and the neck of his double bass snapped in half.

‘Thanks Southwest Airlines and or TSA Atlanta,’ reads the caption to his photos. ‘I've trusted you with my baby for 9 years and then this. The heavy duty case was heavily damaged too. Very disappointed. How?’

Later he responds to the dismayed comments of friends:

‘I have had the case for 11 years. Used it many times with minor damage. Still works well. Beat up a bit but working. Now it is suddenly destroyed. The case is not just broken, as you can see in one of the pics. There is a whole chunk missing.’

UPDATE: The Strad spoke with Karl Fenner, who passed on the following information:

'My bass is a Guy Cole instrument made at his Avalon Studio in Arlington, TX in 2005. I have owned it since July 2006. I paid about $400/month (like having two car payments and as a musician no less) for almost eight years to pay it off. If it were to be appraised right now it would be worth between $35,000 and $40,000 I'm estimating.

'My case is a David Gage flight trunk. I've had it for over eleven years. It was still going strong until this.  A new one, which I'll need will coat at least $3,000.

'The airline has been helpful thus far. It [the bass] was awaiting me in the baggage office when I arrived back in Denver. They clearly saw the damage to the case and wanted me to check the inside before I left. When I did, I saw that the neck was snapped. The representatives at Denver International Airport were helpful. They took many pictures to insert in my file. I have a phone meeting later this afternoon with the airline. They reached out to me on Facebook and stated that they have every desire to make this right with me.' 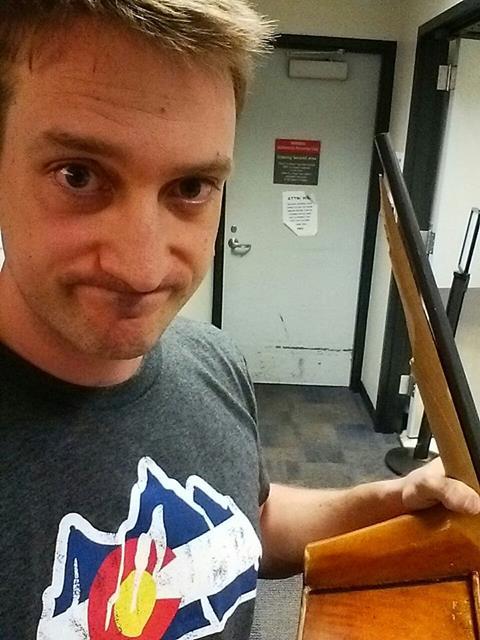 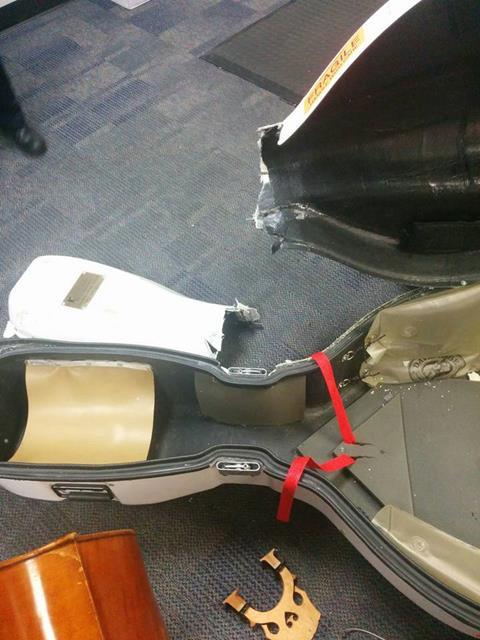 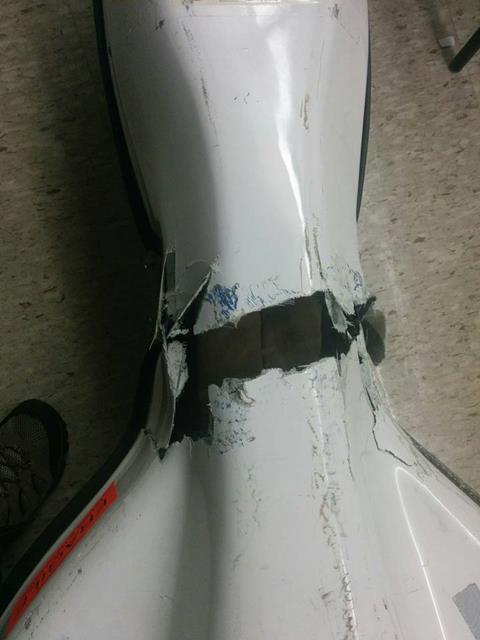